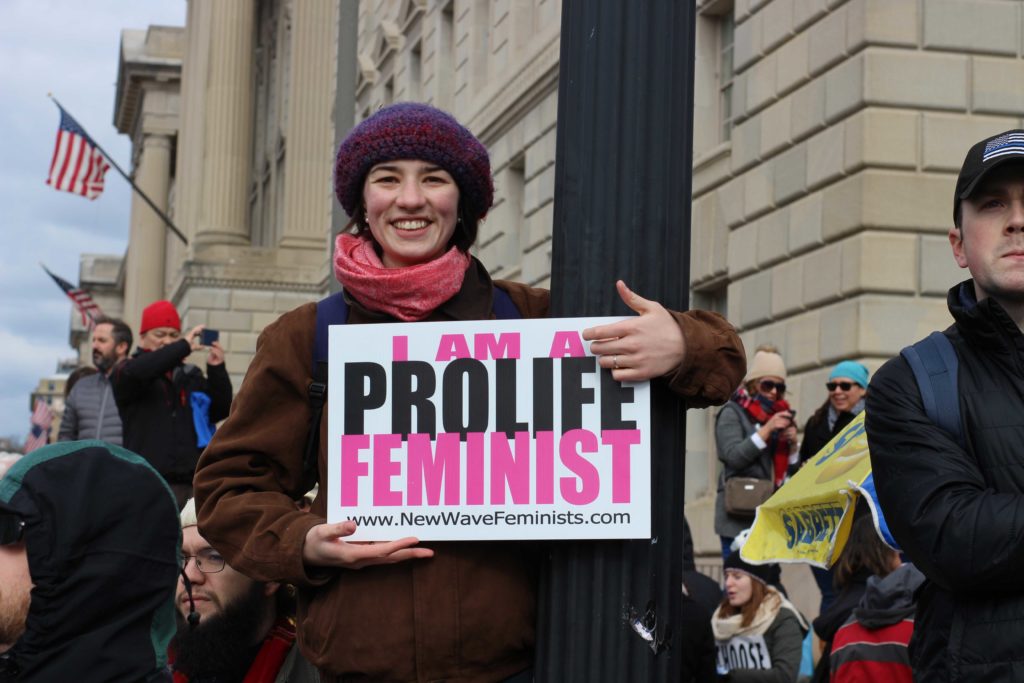 Many defenders of legalized abortion argue that it is required by gender equality. The burdens of pregnancy and childbirth fall upon women but never upon men. So only with access to abortion can women be truly equal and able to determine the course of their lives.

For example President Barack Obama once said, in the context of supporting abortion, “[W]e must … ensure that our daughters have the same rights, freedoms and opportunities as our sons to fulfill their dreams.”

U.S. Supreme Court Justice Ruth Bader Ginsburg and others contend that the alleged constitutional right to abortion should be grounded in the Equal Protection Clause of the Fourteenth Amendment (“no state shall … deny to any person within its jurisdiction the equal protection of the laws”) rather than in the Due Process Clause (as the Court in Roe v. Wade asserted). Equality under the law requires abortion access.

This argument may seem persuasive on the surface, but it does not withstand the scrutiny of reason.

First, unequal burdens are not necessarily unjust or contrary to human equality. The burdens of caring for five-year-old children, for example, weigh heavily on the parents of five-year-old children and not at all on almost everyone else. Laws against killing or abandoning five-year-olds do not affect everyone in the same way—we might even claim that they deprive parents of “the same rights, freedoms and opportunities” as non-parents. But clearly they are not wrong.

Likewise, the burdens of pregnancy fall on women and not men, and a law against killing unborn children by abortion would impact women in a way it does not impact men. But such a law would not be unjust for that reason. Laws may affect people differently given different circumstances, but that does not mean that they treat people differently. Everyone should be equally prohibited from killing innocent human beings. This prohibition is not gender-specific. No one has a right to take innocent life.

Is pregnancy a disability?

Second, men and women are equally morally responsible for their offspring, even though this obligation can take different forms (women, by virtue of human reproductive biology, uniquely gestate children). Men can more easily run from their parental duties than women, but the solution is not to authorize the killing of human beings in the womb. Rather, men must take responsibility and be held responsible by law if necessary.

Third, the argument from gender equality falsely presupposes that pregnancy is a disability and that pregnant women need a “corrective” surgical procedure (abortion) to become equal to men. This denigrates women and their reproductive powers while elevating the male body to the standard of human sexuality. “True equality requires society to accept women with their fertility intact,” writes Teresa Collett, a law professor at the University of St. Thomas in St. Paul.

Fourth, women do not need abortion to achieve social equality and career success. This has never been more obvious, and suggesting otherwise has never seemed more offensive. “Why is it that we assume women are incapable of dealing with the adversity of an unwanted pregnancy by any other means than that of destroying life? Is this a flattering view of women?” asked Janet E. Smith in her 1978 essay “Abortion as a Feminist Concern.”

“In this day of unparalleled opportunities for women, when women pride themselves on their ability to fend for themselves, when many agencies are designed for helping women in distress—why do we assume that women who become pregnant when inconvenient for them are not resourceful enough to find a way to nourish the life they have conceived?” Smith wrote.

Placing a child for adoption is an ethical and life-affirming way to relinquish responsibility, and pregnancy care centers and maternity homes help women in need face the challenges of pregnancy and parenthood. But more can and should be done to accommodate the essential role mothers play in our society.

No equality in abortion

Abortion, because it takes the life of an innocent human person, is a deep violation of equal human dignity, not an affirmation of it. Legalized abortion excludes an entire class of human beings from the protection of the law by allowing them to be dismembered and killed at the discretion of others. And the practice of sex-selection abortion (the legality of which is supported by Obama) targets unborn baby girls specifically because of their gender. There is no equality in abortion.