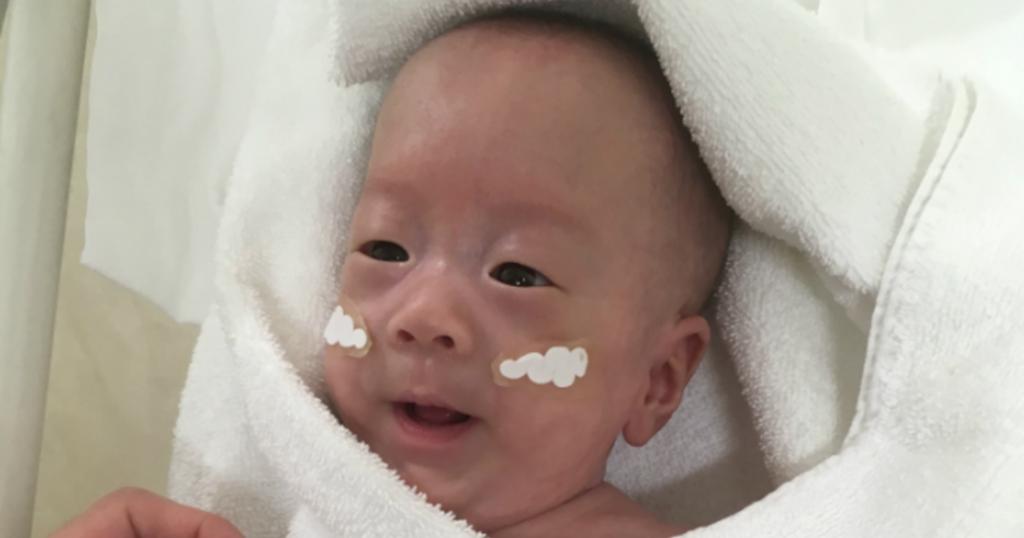 An infant born weighing less than 10 ounces is home from the hospital and doing well after his record-breaking survival.

Doctors at Keio University Hospital in Japan believe the boy is the smallest premature baby ever to survive, CBS News reports. His weight, 268 grams, is about the same as an average onion.

“There is a possibility that babies will be able to leave the hospital in good health even though they are born small,” said Dr. Takeshi Arimitsu, who helped care for the baby boy.

The infant spent five months in the hospital after his emergency delivery in August. Around 24 weeks of pregnancy, doctors realized that the unborn boy had stopped growing, and his life was in danger, The Japan Times reports. They performed a cesarean section in an attempt to save his life.

Initially, neither doctors nor his parents knew if he would survive.

“I can only say I’m happy that he has grown this big because honestly, I wasn’t sure he could survive,” the baby’s mother said.

Last week, the baby boy was deemed well enough to go home. He now weighs about 7 pounds, according to the hospital.

The Tiniest Babies Registry, run by the University of Iowa, puts the baby boy as the smallest ever to survive, the Times reports. It lists 23 babies born weighing less than 300 grams who survived.

The previous record-holder was Emilia Grabarczyk, of Germany, who was born in 2015.

Modern medicine is saving premature babies who are smaller and younger than ever before. Lyla Stensrud, a Texas preschooler, is believed to be the youngest premature baby to survive, born after 21 weeks and four days of pregnancy. In 2017, the journal Pediatrics highlighted her survival.

While more micro-premature babies are surviving, some hospitals will not treat them. Research published in 2015 in the New England Journal of Medicine found that 23 percent of premature infants survive as early as 22 weeks of pregnancy, but some hospitals have policies against treating babies at such an early age.

These troubling policies also came to light with the story of Maddalena Douse in 2012. The British infant was born weighing just 13 ounces at birth. Many British hospitals have policies against trying to save premature infants who weigh less than 1 pound. However, when one of the medical staff weighed the baby girl, they accidentally left a pair of scissors on the scale, bumping her weight up to the minimum. Doctors, who did not realize the mistake until later, treated Maddalena and saved her life.