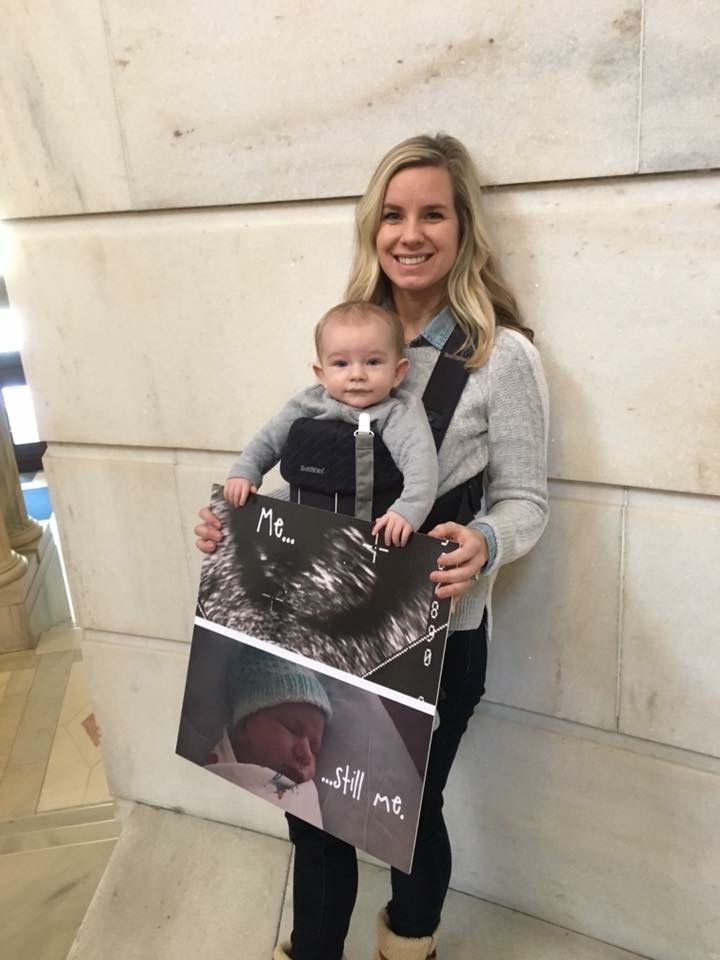 The beauty of being a genuine grassroots movement is that often times some of the very best ideas come from pro-lifers motivated by the pro-abortion actions of their governmental officials and love for their children.

Nichole Rowley wrote to NRLC’s Jacki Ragan about what is called “Me …Still Me,” a delightful way to show everyone, including pro-abortionists, there is perfect continuity between a baby in the womb and the baby born after 40 weeks.

According to Nicole, “Me …Still Me” “strives to save unborn children from abortion by utilizing two of the most powerful weapons in the pro-life arsenal: Ultrasound photos and newborn photos.”

Nicole explained the background to Jacki:

“Me …Still Me” started when Rhode Island Governor Gina Raimondo (radically pro-choice) sent me a “Welcome Baby” greeting card after my son was born. I mailed the card back to Governor Raimondo along with my son’s “Me …Still Me” photo (ultrasound and newborn photo side by side with “Me …Still Me” written across).

After posting what I did to social media, many of my friends created their own “Me …Still Me” photos and sent them in as well. And just like that the “Me …Still Me” movement was born!

Abortion advocates, Nicole wrote Jacki, “attempt to dehumanize the unborn in order to normalize abortion. We combat the lie of dehumanization by showing a side-by-side photo of the child in the womb (Me) and outside the womb (…Still Me), clearly presenting the continuum of human life from the womb to the crib.”

These two photos and three words beautifully sum up the pro-life message “and it becomes impossible to deny that abortion kills beautiful children.”

For those of us whose internet skills are a bit lacking, Nicole explained how you go about showing putting “Me …Still Me” together.

Using an app, combine an ultrasound photo and a photo of your child after birth, side-by-side. Then

Write “Me” over the ultrasound photo and “…Still Me” over the photo of your baby after she or he is born. Post to the Me Still Me group page and send to your local legislators!

Nicole encourages pro-lifers to join the Me Still Me group page kindly share with others ! “Together we are even more powerful!”