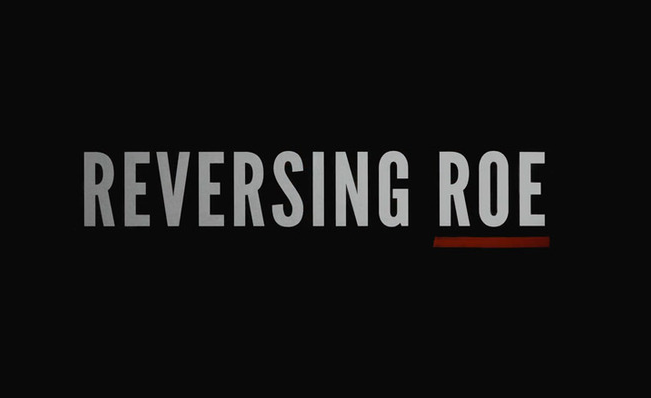 What you do when you don’t like a factual version of history? You come up with a fake feminist herstory. That’s exactly what Netflix created when it produced REVERSING ROE.

It’s the crockumentary of the century.

“The film offers candid and riveting interviews with key figures from both sides of the divide,” claims Netflix’ laughable synopsis. A key figure would be Jane Roe herself—the late Norma McCorvey. She’s nonexistent in a movie that wouldn’t exist without her historic role. Norma never aborted her child but made a loving plan of adoption instead. She became pro-life and devoted the rest of her years to aborting the Roe decision. So, naturally, she was aborted from the film.

In one of the film’s massive omissions on the history of abortion in America, the Catholic Church is completely missing. There would be no prolife movement without Catholics, and their fight began long before Roe. It’s why eugenicist/socialist/”feminist” Margaret Sanger repeatedly vilified Catholics, as evidenced in her alarmingly anti-human 1922 book, The Pivot of Civilization.

The crockumentary shows how the historically-challenged will rely on any lie to promote their brand of fake feminism. It’s a world where, magically, thousands of (mostly women-run) pregnancy help centers don’t even exist. Poof! Gone.

Millions of women actually oppose abortion. According to the latest Gallup survey, 47% identify as prolife, 48% identify as “pro-choice”, and 4% (interestingly) have no opinion. REVERSING ROE claims to be “intense and unflinching in telling the whole story”, but then proceeds to tell a partial and intensely distorted story where only middle-aged white males, apparently, are anti-abortion; over 20 are featured. That’s strange since most national pro-life organizations are headed by women: March for Life (Jeannie Mancini), CURE (Star Parker), Live Action (Lila Rose), Students for Life (Kristan Hawkins), Americans United for Life (Catherine Glenn Foster), SBA List (Marjorie Dannenfelser), National Right to Life Committee (Carol Tobias), And Then There Were None (Abby Johnson), American Life League (Judie Brown) and the American Association of Prolife Obstetricians and Gynecologists or AAPLOG (Dr. Donna Harrison). Of these amazing prolife women, the film only shows NRLC’s Carol Tobias. The late Phyllis Schlafly, founder of the Eagle Forum, is briefly featured, too.

REVERSING ROE doesn’t highlight the late Dr. Mildred Jefferson who was the first black woman to graduate from Harvard Medical School, prominent prolife physician and factivist, and the co-founder of the NRLC. Dr. Alveda King, a leading figure in the pro-life movement, told me that she was never interviewed either. She doesn’t fit the liberally colorized narrative where only white people fight the violence of abortion. The Netflix crockumentary, however, show all kinds of diversity (gender/age/race) on the pro-abortion side. And it conveniently ignores the patriarchal fact that seven white men in black SCOTUS robes gave us the violence of Roe in the first place.

Netflix offers free “educational screenings” in classrooms for their propaganda, calling the completely imbalanced REVERSING ROE “essential viewing…regardless of where you stand on the issue.” The University of Notre Dame took them up on this and held an event, recently, accusing the prolife movement of—get this—white supremacy.

This would be laughable if it weren’t about the slaughter of over 62 million human lives since Roe, nearly one million a year. Today, those aborted lives are disproportionately black. Rabidly pro-abortion Notre Dame professors calling pro-lifers ‘racists’ for tireless efforts to protect mothers and their unborn children, regardless of race or ethnicity, is truly a Jussie Smollett moment. Just. Fake. News. It’s a bizarre form of projection as they defend a violent institution actually birthed in eugenic racism and elitism.

I’m a black adoptee and adoptive father. I guess I’m a ‘racist’ for believing and fighting against what famed anti-poverty (and pro-life, adoptive mother) Fannie Lou Hamer considered to be ‘genocide’ in the black community—abortion. More black babies have been aborted than born alive in New York City where eugenic pseudoscience spawned Planned Parenthood. Actual and fatal violence against black lives happens 247 times a day inside the nation’s largest abortion chain. Death has always been the ultimate and inevitable consequence of the putridity of racism. The abortion industry, enabled by billions of taxpayer dollars just over the past few years, kills unborn black lives at rates up to five times higher than the majority population—isn’t that white supremacy?

The only thing that reigns supreme in REVERSING ROE is deception. There are so many lies in this misinfomercial that it would take another documentary to highlight them.

Predictably, REVERSING ROE demonizes religion as a prolife motivation yet reveres religious folks who support abortion. “Reverend” Tom Davis (the former chairman of the Planned Parenthood Federation of America Clergy Advisory Board) falsely claimed: “When it first became legal, Planned Parenthood was not keen on abortion.” According to the New York Times, Planned Parenthood unanimously approved a “policy recognizing abortion and sterilization as proper medical procedures” and “called for liberalizing the criminal laws that prohibit them” in 1968—two years before abortion was legalized in New York and five years before Roe v. Wade.

The prolife movement denounces any form of violence regarding abortion, but that doesn’t stop REVERSING ROE from connecting a non-violent movement to a handful of heinous violent acts. Footage of Troy Newman, President of Operation Rescue, is manipulated to make it appear he’s advocating violence. Newman says: “The weak link in the abortion chain is the person actually doing the abortion….we’ve been effective at targeting particular abortionists. If they don’t have abortionists, the place closes down.” Newman, unequivocally, denounces violence. He was referring to informational campaigns—like his resource AbortionDocs.org—to shut down abortionists, legally, by exposing their many health code violations and any criminal records they have.

So, if you’re looking for an historical documentary on racism and abortion, watch MAAFA21.com. Unlike REVERSING ROE, it delivers the truth; it doesn’t abort it.