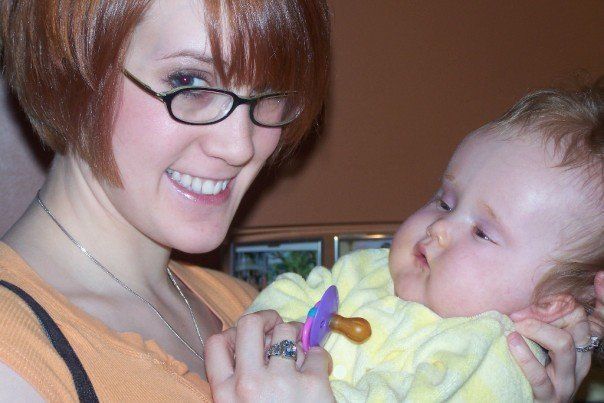 Dina Zirlott’s story is one heartbreak after another.

The victim of a violent, brutal rape, she became pregnant by her abuser at 17. Already struggling with depression and suicidal thoughts, Zirlott was dealt another blow when doctors told her that her unborn baby had a fatal disability.

But perhaps most heartbreaking of all is Zirlott’s conclusion, featured in the Huffington Post this week, in which she wishes that she would have been able to abort her unborn daughter.

“If I had been allowed the option to choose a ‘late-term abortion,’ would I? Yes. A hundred times over, yes,” she wrote. “It would have been a kindness. Zoe would not have had to endure so much pain in the briefness of her life…. Perhaps I could have been spared as well.”

The Alabama mother began her column by describing how a classmate violently raped her at her home one day, choked her until she almost passed out and then left her bleeding and stunned in her kitchen. Zirlott said she did not tell anyone. Alone, she struggled with depression and thoughts of suicide for months until her mother finally guessed what had happened.

“When I thought it could not be any worse, that there was nothing below this, my mother took me to her gynecologist to have me tested for STIs and pregnancy,” she remembered.

The pregnancy test came back positive. She was eight months along. “I was so mentally unstable in the months after my rape, my mind ripped away from my body and it never occurred to me that the sickness I had been experiencing over those months could have an origin.”

More bad news came immediately afterward. She said the doctor took her and her mother aside to explain that her unborn daughter had hydranencephaly, an often fatal disorder that blocks the brain from developing.

Here’s more from her essay:

The fetus continued to experience development because the brain stem was still intact, but she would be born blind, deaf, completely cognitively stunted, prone to seizures, diabetes insipidus, insomnia, hypothermia and more. The list of every agonizing disorder she would suffer was tremendous.

“This condition is not compatible with life,” [the doctor] said with the sort of neutrality someone uses when they are a spectator to disaster. …

A short, painful existence. I thought it was my fault and that I had done this to her. No one could convince me otherwise. I was both victim and perpetrator, in the unique position of having no agency in either.

Her daughter, Zoe Lily, was born a short time later on Oct. 27, 2005. At the hospital, a neurologist told her that she should let Zoe die out of “kindness.”

Instead, she chose medical treatment for her daughter and eventually took her home. Zirlott said the next year was heartbreaking as she watched Zoe suffer through seizures, sleepless nights and struggles with eating. She said she both wanted and dreaded Zoe’s death.

“… how I could be so full of love for this child and also wish she had never been born?” she questioned.

Zoe lived for about a year before her heart failed; she died in her grandfather’s arms, her mother said. After 12 years, Zirlott said she still grieves deeply over her daughter.

But she concluded her essay by begging for legalized late-term abortions. She admitted that she wished she could have aborted Zoe.

“We should not have to beg for permission to decide what is best for ourselves and our children, even the ones who may never be born ― and maybe never should be born,” she wrote.

It’s a tragic conclusion from a mother who clearly loved her child. And it’s society, really, that should be blamed for convincing vulnerable, heartbroken parents like Zirlott that the most compassionate thing they can do for an unborn child with disabilities is to subject them to a violent death. Parents frequently report feeling pressured by doctors or genetic counselors to abort unborn babies with disabilities.

For now, it is unthinkable for a born child with disabilities to be stabbed through the heart with poison, ripped limb from limb or scalded to death with a saline solution while their hearts are beating, as different abortion procedures do to unborn babies. But there really is no difference between a baby in the womb and an infant that makes one’s life more worthy of protection. And even now, pro-abortion Democrats in U.S. Congress are blocking bills to protect infants born alive after botched abortions from infanticide.

People like Zirlott and her daughter deserve society’s utmost compassion and support, but compassion never can include deadly violence against another innocent human being.