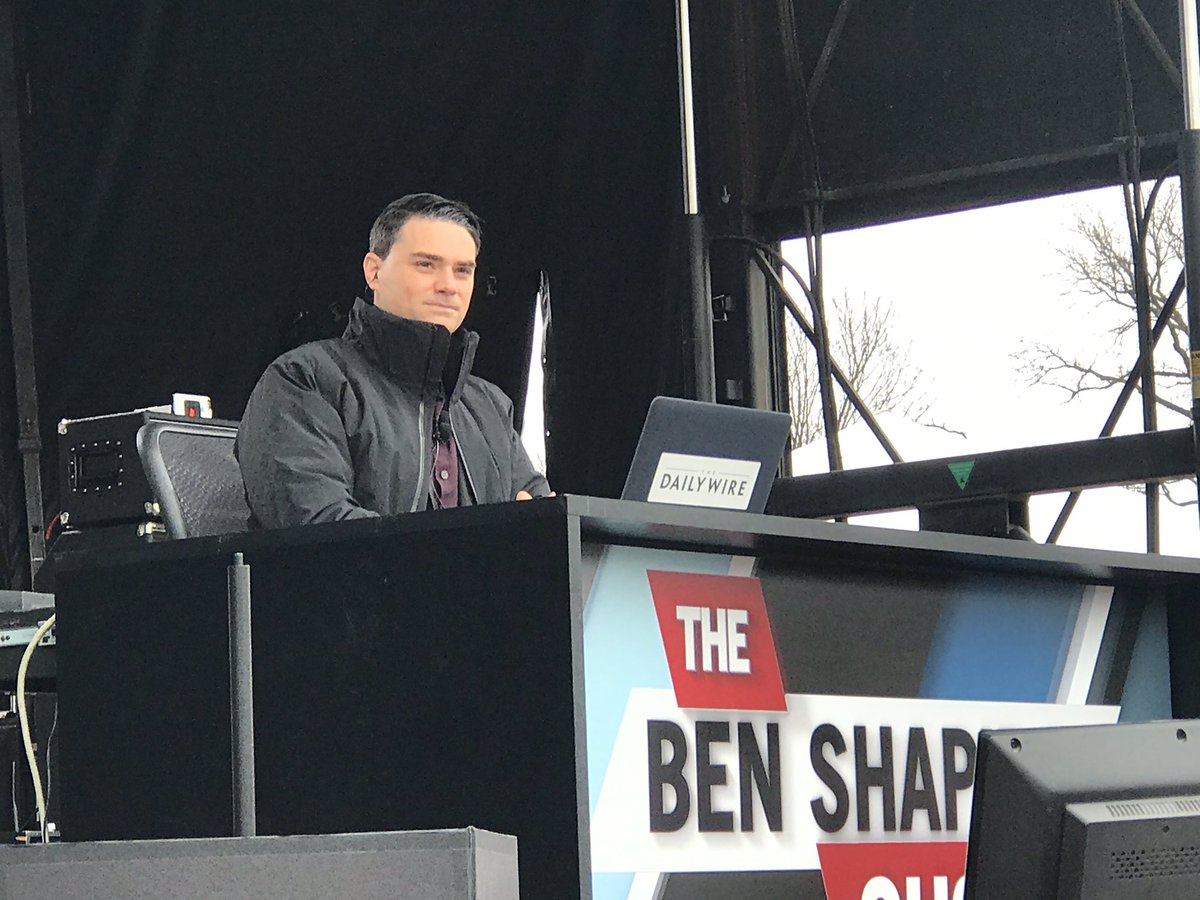 March for Life keynote speaker Ben Shapiro defended the rights of unborn babies on the eve of the annual human rights rally and then again at the March rally itself.

On Thursday, Shapiro, a popular conservative podcast host, speaker and editor in chief of the Daily Wire, talked with Fox News host Shannon Bream about the pro-life movement and the mainstream media’s deceptive narrative about abortion.

Bream asked him about the March theme this year, “Unique from day one: Pro-life is pro-science,” a claim that liberal news outlets and pro-abortion blogs have tried to debunk.

Shapiro said the science is clear that life begins at conception.

Abortion activists attack the point, not by refuting the science, but by creating a philosophical argument that is separate from the actual science, he said.

Shapiro also criticized the Democratic Party for becoming so extreme on abortion that it is silencing those who disagree.

“They marginalize every pro-life voice on the Democratic side of the aisle; they’ve decided that ‘safe, legal and rare’ should no longer be the rubric; ‘shout your abortion’ should be the rubric under which they operate,” he said. “They’ve gotten more and more radical on abortion; this week, you saw a House Democratic committee try to propose a repeal of the Hyde Amendment so we could get back to taxpayer-funded abortions directly; they’re trying to scale back President Trump’s Mexico City policy so we can pay for abortions overseas.”

Shapiro then took on about at the March.

“Ifwe found this organism on another planet, it would be considered a life.” #MarchForLife2019 pic.twitter.com/s5jEwVap9f

Shapiro said the mainstream media does not portray the pro-life movement accurately. A popular speaker on college campuses, Shapiro said he has spoken with many young pro-lifers, and they base their position on science, not religion.

“I speak to college audiences all the time, this is what I see: The focus on the pro-life movement among young people has never been religiously-based,” he said.

“The impression that you get about the pro-life movement when you listen to media coverage from mainstream media networks is typically that pro-lifers are driven by religious zeal …” Shapiro continued. “But the truth is the real momentum in the pro-life movement is about young people who have seen 3D ultrasounds, 4D ultrasounds; they’ve actually seen the pictures; we now know what babies look like in the womb; we know what developmental stages babies go through, and that’s a very convincing argument to young people.”

Hundreds of thousands of pro-lifers are expected to flood the streets of Washington for the peaceful human rights rally. The March for Life is held near the anniversary of Roe v. Wade, the infamous U.S. Supreme Court decision that allowed abortion on demand through all nine months of pregnancy. Since the 1973 decision, about 60 million unborn babies have been aborted in America.