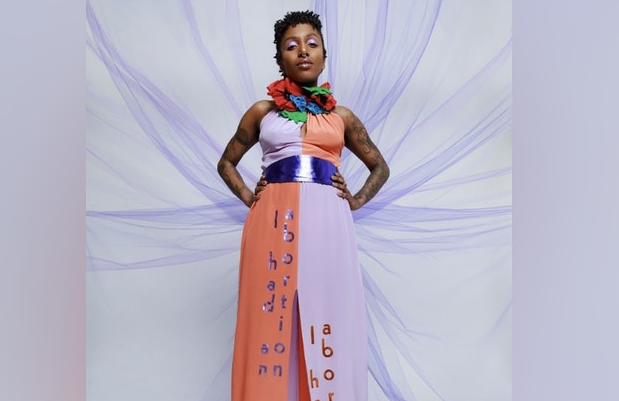 Alana Edmonson initially considered an adoption plan for her unborn baby when she became pregnant as a young student. Her sister even offered to adopt her child.

But Edmonson came to the conclusion that it would be too difficult for her to give up her child after he or she was born.

So, she aborted her baby instead.

In an interview with KUOW Radio, Edmonson talked about her two abortions and her advocacy with the “Shout Your Abortion” campaign. She described herself as a student and reproductive rights activist from Washington state.

When asked if she ever felt silenced about her abortion, the young woman said she initially felt like it was something she just couldn’t talk about.

“So that kind of made me confused because I felt good about my abortion,” Edmonson said. “I felt powerful and in control of my over my own body and my future. But I felt like I was being told to feel a different way, and that was confusing at first for sure.”

She said she had two abortions, the first when she was 21 years old. Edmonson said she was in denial about being pregnant, but eventually she took a pregnancy test and confirmed her suspicions. Her partner was not supportive. When she called to tell him the news, he swore at her over the phone and then hung up, she told the radio station.

At the time I was letting go of my Christianity — I’m still spiritual, I’m just not Christian. But I had a lot of conflicting feelings. I felt that to have an abortion would be denying something the right to live. But at the same time I didn’t feel like I was ending a human life. So I explored actually all of my options.

I considered adoption. One of my older sisters offered to raise the child herself. And I ended up in a crisis pregnancy center (CPC) also — that was confusing. Going to a place for help, to discuss all of my options, and then leaving with baby booties and a baby blanket…

I figured out that if I carried a baby to term, I would not be able to give it away. I would end up having it and I would keep it.

Apparently, having her unborn baby killed in an abortion was easier. She said she went to a Planned Parenthood in Seattle for the abortion and felt calm immediately after it was over.

“The experience was really positive. It didn’t hurt. I didn’t feel any negativity,” she remembered.

She tried to justify her decision to destroy her babies’ lives, saying:

I’m a black woman — I have so many odds against me and I don’t need a baby on top of that.

I already have so many struggles just to achieve the success that I want, or that I’ve seen for myself, that I know that I can have. It didn’t seem like an obstacle I needed at the time. There’s already so much to deal with. I don’t need to also be a mother before I’m ready to. So I chose to get an abortion.

Later, she also tried to justify women who act irresponsibly and use abortions as birth control:

The way that we’re taught to think about abortion, sometimes it’ll be okay if you’ve had one. That’s fine. But when you hear it’s like two, three, or four… I would say that we’re socialized to think, ‘Oh, you’ve had more than one. Didn’t you learn your lesson the first time?’

It’s like, ‘Oh, you didn’t wear enough clothing. You know you’ve got that cold because you didn’t dress appropriately, and that’s on you now, buddy.’ You know, it’s not. It’s not how it works. Getting pregnant isn’t a lesson, it’s just what our bodies naturally do sometimes, despite all odds.

The “Shout Your Abortion” campaign supports abortions for any reason at any time in pregnancy. It prides itself on calling the killing of unborn babies “normal” and “good.” It even targets impressionable young children with that radical pro-abortion message.

Abortion activists are shedding the old rhetoric about abortion being a “choice” and a “difficult decision” and finally revealing their true beliefs. They are a group that wants, that celebrates violence and death against the most innocent, vulnerable human beings alive today – babies in the womb.