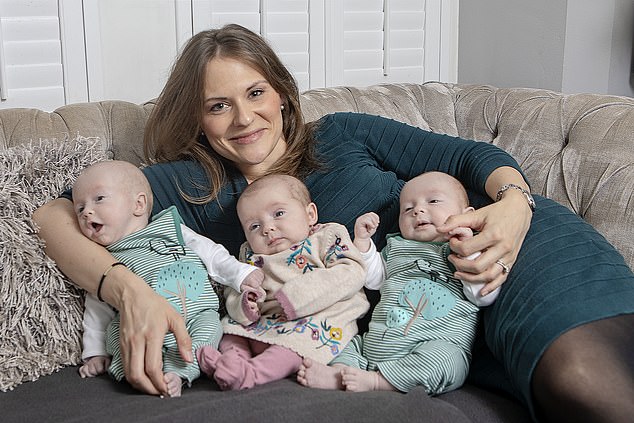 The news devastated British mother Katie Johnson. Her unborn triplets’ lives were at risk, and doctors suggested aborting one or two of them so that the other might survive.

But Johnson and her husband, Patrick, chose life for all three, The Daily Mail reports.

Fortunately, babies Oliver, Aurelia and Oscar all survived. The London triplets were discharged from the hospital in time to celebrate Christmas at home with their parents, the report states.

Johnson said she learned about the threat to the triplets’ lives during her 12-week ultrasound scan. That day, doctors told her that the triplets were not sharing the placenta equally, and one baby was getting less sustenance than the others, according to the report.

“There was a risk to all of them,” she said. “Oliver was 25 percent smaller than his brother and the blood flow wasn’t getting to him properly. If Oliver died, Oscar could have died, too.”

As often happens in such situations, doctors suggested that she abort one or two of the unborn babies.

Many doctors now encourage or sometimes even pressure expecting mothers to abort their unborn babies when there is a medical problem. Sometimes, it’s because the mother has cancer. Other times, it’s because the unborn baby was diagnosed with Down syndrome or spina bifida – or even a cleft lip. Parents of children with disabilities frequently report feeling pressured to have abortions. 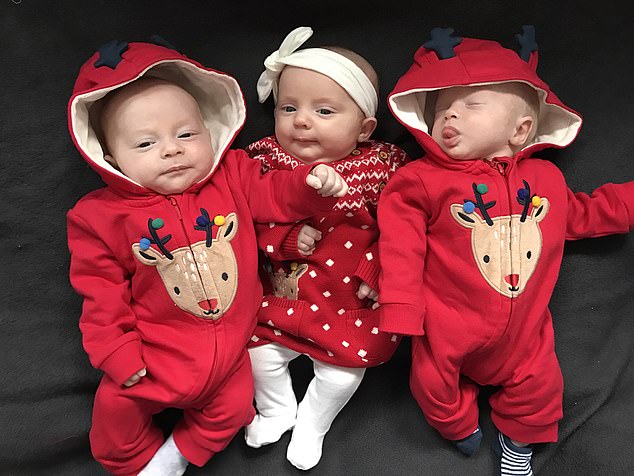 It is a trying situation for expecting mothers and one they should not have to face. Doctors are supposed to be trusted medical experts, professionals who people depend on to heal and save lives. And mothers, already troubled by the health problem itself, have the added burden of deciding whether to trust a medical professional’s advice or give their unborn baby a chance at life.

Despite the risk, the Johnsons refused to consider aborting any of their unborn babies.

“… there was no way that we could terminate one or two babies. We had to give them all a chance of survival,” their mother said.

Doctors monitored Johnson and her unborn babies closely throughout the next several months.

“It was nerve-racking as they were scanned each week, and it wasn’t getting any better with Oliver,” she remembered. “At 28 weeks we were told he had stopped growing completely. But doctors said that as long as the blood flow carried on getting to him, then they would leave him in the womb.”

The triplets were delivered by emergency cesarean section three weeks later, according to the report. Oliver was the smallest, weighing 2 pounds 15 ounces, while Oscar weighed 4 pounds and Aurelia 3 pounds 15 ounces.

“It was a relief when they were all born safely. Oliver was incredibly tiny,” their mother said.

The triplets spent four weeks in the hospital before doctors deemed them well enough to go home. The Johnsons said they were thankful to have their babies home in time for Christmas. Their mother called it an “incredible gift.”