Man Raped 13-Year-Old Girl, Then Took Her to Planned Parenthood for Abortion 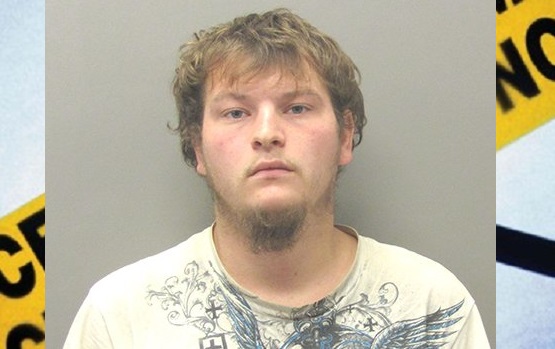 Yet another indication that abortion is a tool of abusers, a Kansas man recently was convicted of rape after he sexually assaulted a 13-year-old girl who became pregnant and went to a Planned Parenthood for an abortion.

Joel Clark Wilt, 27, of Wichita, Kansas, pleaded guilty to rape this month in exchange for a lesser sentence, according to Arkansas Online. Wilt could have faced life in prison, if convicted, but his guilty plea resulted in a judge sentencing him to 25 years in prison Monday, according to the report.

Wilt knew the girl, an Arkansas resident, was 13 years old when they began having sex, and pregnancy testing from Planned Parenthood indicated she became pregnant just prior to her 14th birthday, according to the report.

According to the probable cause affidavit, on June 8, 2017, Hot Springs police Detective Kenny May was contacted by the Arkansas State Police Crimes Against Children Division regarding a Child Abuse Hotline report that involved sexual relations between a then 25-year-old man, identified as Wilt, and a 13-year-old girl.

The report was called in by a third party and both Wilt and the victim initially denied having sex.

On July 26, May received a fax from Planned Parenthood in Arizona stating the victim had been seen at its Glendale clinic on July 20. The fax noted the victim was pregnant, and there were concerns about her having a sexual relationship with an adult.

On Aug. 9, May received a fax from the Department of Children and Family Services in Los Angeles. The fax stated the victim had received an abortion at a clinic within the county. She also disclosed that she had begun dating Wilt five months beforehand, and her pregnancy was the result of their relationship.

The girl said she was in love with Wilt and the sex was consensual, but legally, she was too young to consent.

Wilt may have been the one who took her to the abortion facilities, but that is not clear from reports. The young victim did tell police that Wilt instructed her to take high doses of vitamin C every day to “induce a miscarriage,” according to the report.

She was about three months pregnant when her unborn child was aborted.

It is not clear if the teen wanted to abort her unborn baby. Victims of sexual abuse often are pressured to have abortions. Many face threats and sometimes physical violence if they refuse to give into their abuser’s demands. There are no indications of the reasons for the abortion in the Arkansas teen’s case, but, being so young, it is difficult to believe she would understand the harmful impact of an abortion on her life and her unborn baby’s. Many sexual abuse victims later say the abortion only added to their trauma, according to research by the Elliot Institute.