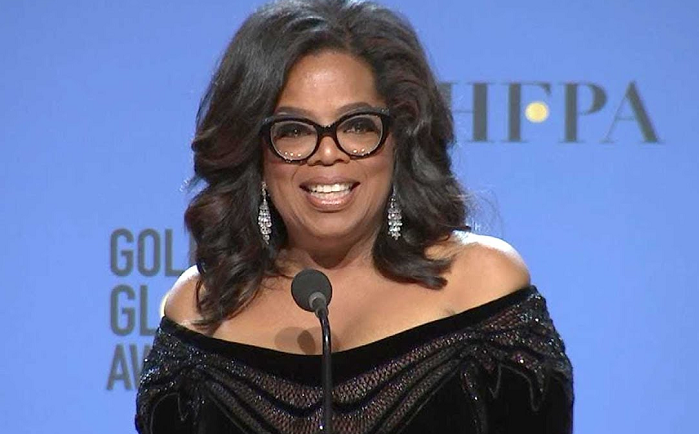 America’s therapist, fairy godmother and progressive fantasy candidate Oprah Winfrey might deserve a round of second looks when it comes to the quality of emotional schlock she has sold and promoted to millions of women. It seems that while she was doing public relations work on behalf of Brazilian “faith healer” “John of God,” he was collecting hundreds of rape accusations.

Editor’s Note: Oprah has promoted abortion and recently campaigned for a pro-abortion candidate.

The Washington Post reported on Monday that “John of God” or João Teixeira de Faria, a Brazilian spiritual healer who has amassed millions of followers since the 1970s, has had 300 women from around the world contact “prosecutors to accuse him of abuse.” According to one of his alleged victims, Dutch woman Zahara Lieneke Mous, “John of God” “invited her into his office. And then into his bathroom.”

What Mous expected to be a spiritual encounter by which Faria “channeled” “spirits of doctors or biblical figures” like “King Solomon” in order to perform surgeries or other medical practices on his faithful, ended up with her allegedly being “raped” “in the bathroom.” According to The Post, this sequence of events is similar for many of the women who have accused “John of God:” “He pulled them into a bathroom, where he allegedly would grope them, place their hands on his penis, or, as Mous said, penetrate them.”

Now, guess how Mous learned about “John of God” and decided to seek out his powers. That’s right, watching Oprah.

Oprah Winfrey, the new idol of #metoo-obsessed progressives and antidote to Trump’s Reign of Terror was a major asset in helping “John of God” acquire his faith-based empire. The Washington Post recalled that Winfrey interviewed the spiritual healer during her Do You Believe in Miracles? segment in 2010, “an episode that brought the faith healer international fame.” It was “John of God’s” “most famous media segment.”

Not only that, in 2012 Oprah made her way to the Brazilian village of Abadiania to see his works firsthand and provide him with another interview that “again boosted his profile.”

Still, how would Oprah know the guy was a creep? Er, the serious accusations of assault had been coming out years prior to her endorsement. For example, The Post mentioned “a 2005 ABC News “Primetime Live” segment titled, ‘Is ‘John of God’ a Healer or a Charlatan?,’” in which he was questioned about women he had allegedly “taken advantage of.”

Winfrey has acknowledged the scandal. The Do You Believe in Miracles? segment has been removed from her website, and she told Reuters on Sunday that “I empathize with the women now coming forward and hope justice is served.”

In the meantime, maybe the victims will find healing in some New Age teaching or crystal tchotchke featured in her magazine. If not, it’s nothing “A new car!” can’t fix.