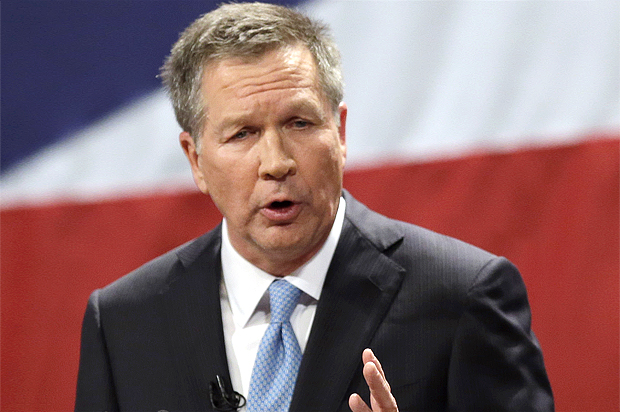 Dr. James Dobson urged the governor of Ohio this week to sign a bill banning abortions after an unborn baby has a detectable heartbeat.

The legislation, which would prohibit most abortions in the state, passed the legislature last week, and is headed to the governor’s desk. Gov. John Kasich, who vetoed similar legislation in 2016, said he plans to veto the bill based on the unlikelihood of it succeeding in a court challenge.

In an open letter to Kasich, the evangelical Christian leader asked him to reconsider his plans, WND reports.

“I write to strongly urge you to sign Ohio’s ‘Heartbeat Bill,’ HB 258, which protects the sanctity of life for unborn children as early as five (5) weeks or as soon as a heartbeat can be detected,” Dobson wrote.

Dobson is the founder of Focus on the Family and the host of the daily radio show Dr. Jame Dobson’s Family Talk. He said he felt encouraged to see such strong support for the bill in the Ohio legislature.

“The Heartbeat Bill should be passed in every state in America, and Ohio is leading the way to reclaim state constitutional and moral authority to enact protections for our tiniest babies,” he wrote to Kasich.

“Just last year in 2017, there were a recorded 20,893 abortions in Ohio. This means that every day, on average, there are 57 little babies that die,” he continued. “How can we let this happen in our nation, whose very founding stood on the eternal principles of being made in our Creator’s image and having our unalienable rights bestowed by Him? The most precious and basic right is the right to life.”

Ohio House Bill 258 would end most abortions in the state by prohibiting abortions after an unborn baby’s heartbeat is detectable. Research suggests a baby’s heartbeat may begin as early as 18 days after conception, but it typically is not detectable until around six weeks. The bill also would allow abortion practitioners to be charged with a felony for aborting unborn babies whose hearts are beating.

Dobson urged Kasich, who he considers a friend, to do what is morally right.

“You know that this legislation is the morally correct action to give the smallest children a chance at life,” he concluded. “I hope and pray that you will do the right thing and stand for the family and the sanctity of life. Make your signature on this bill the defining moment of your legacy for the great state of Ohio.”

If Kasich does veto the bill, the legislature is expected to return to vote on whether to override his veto.

Kasich is a Republican, and he has supported other pro-life legislation in the state. However, heartbeat bills have been met with skepticism in the past, even by many pro-life groups, because of pro-abortion legal challenges.

North Dakota and Arkansas passed heartbeat bills several years ago, but federal courts struck down both laws. The Eighth Circuit Court of Appeals said the following about their ruling on the six-week ban: “Because there is no genuine dispute that (North Dakota’s law) generally prohibits abortions before viability — as the Supreme Court has defined that concept — and because we are bound by Supreme Court precedent holding that states may not prohibit pre-viability abortions, we must affirm the district court’s grant of summary judgment to the plaintiffs.”