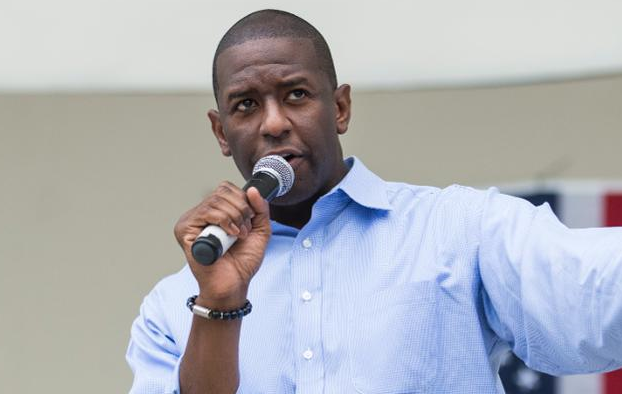 And just like, the Florida gubernatorial race will be recounted!

The news was announced Saturday in the race between Republican Ron DeSantis and Democrat Andrew Gillum. The secretary of state announced that the razor-thin races for governor, as well as senator, and agriculture commissioner will be reviewed in a series of recounts, CNN reports.

Hours later. Gillum withdrew his concession, saying that he recognized that his “fate in this may or may not change.”

“Let me say clearly, I am replacing my words of concession with an uncompromising and unapologetic call that we count every single vote,” he said at a Saturday news conference.

At final count, DeSantis led Gillum by a mere 34,000 votes, adding up to less than half a percent.

DeSantis acknowledged the news with a video saying that he was “honored by the trust that Floridians have placed in me to serve as your next governor.”

“With the election behind us, it’s now time to come together as a state as we prepare to serve all Floridians,” DeSantis said. “Since Tuesday night, that is what I have been doing and that is what I will continue to do in the days and weeks ahead as I prepare to take office as the 46th Governor of the State of Florida.”

Democrats have been accused of trying to steal the election away from DeSantis.