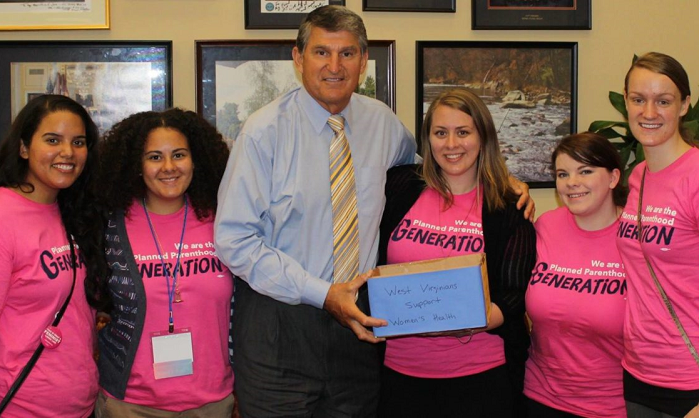 This is the second time Manchin has been on camera posing with abortion supporters. Last year, Manchin was caught holding a sign stating “I Stand With Planned Parenthood” along with an abortion activist.

Here’s more details on the new photo that surfaced today, depicting Manchin, who has always claimed he’s a pro-life Democrat despite supporting the Planned Parenthood abortion company, posting with the abortion activists in 2015:

Mountaineer Journal has obtained a photo of Sen. Joe Manchin, posing with a group of Planned Parenthood activists.

Senator Manchin has voted at odds with his purported pro-life views. He recently voted against a measure that would overturn President Barack Obama’s parting gift to Planned Parenthood that prevented States from defunding the abortion company.

And he refuses to support Amendment 1, which would end taxpayer funding of abortions in West Virginia.

Although the senator claims to be pro-life, his voting record leaves much to be desired. According to National Right to Life, Manchin has just a 33% pro-life voting record this session.