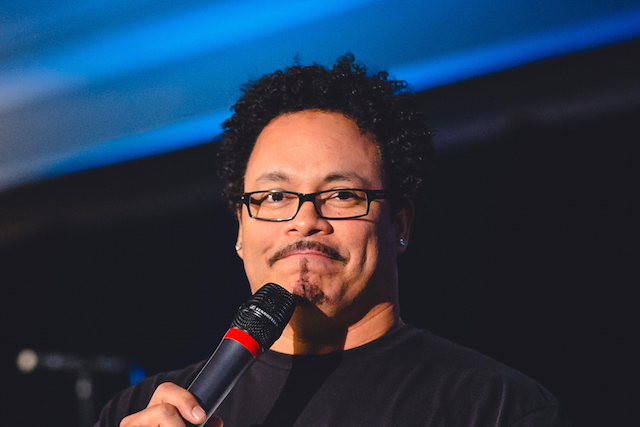 November is National Adoption Month. But what is adoption?

We often hear about it, particularly as one of two alternatives to the injustice of abortion. Millions of us are the recipients of this incredible gift, where our birthparent(s) turned the unplanned into a loving plan. Yet, there are still so many misconceptions about it.

I was adopted when I was 6 weeks old. Nine of my other twelve siblings were adopted as newborns, as toddlers, and as teens out of the foster care system.

Adoption happens because of brokenness. In the natural and the supernatural, this courageous act of love and selflessness helps to bring healing, hope and wholeness. It was God’s plan to reconcile us to Himself as evidenced in Ephesians 1:4-5: “For He chose us in Him before the creation of the world to be holy and blameless in His sight. In love He predestined us for adoption to sonship (or daughtership) through Jesus Christ, in accordance with His pleasure and will.”

There is no salvation without adoption. None. So, Christians, especially, should understand adoption in a deeply spiritual and personal way. Adoption is the essence of salvation. In the natural, we shouldn’t think of it as a last resort. Sometimes, it should be the first resort.

But the way we understand adoption skews the way we apply it in our society. Perhaps, it explains why there were only 110,373 adoptions in 2014 (the latest year reported by the National Council for Adoption, or NCFA) yet 926,200 abortions. In 2007, according to the same NCFA report, there were 133,737 adoptions. So, total adoptions in the U.S. have fallen. Part of the decline is due to a reduction in international adoptions, but the fact remains that the number of infant adoptions was only 18,329 and 57,397 children in foster care (in 2014) who were available for adoption weren’t adopted.  The most recent stats reveal that out of the 117,794 foster children available for adoption in 2016, 57,208 were thankfully adopted; 60,586 precious vulnerable children were not.

As a nation, we must do better. So much better.

No child should languish in foster care. No mother should feel that the violence of abortion is even an option. Our pregnancy centers, in all of the incredible frontline work they do to protect mothers, fathers and their children, aren’t enough to create a culture that values Life and encourages adoption. Our churches must do a better job leading in the defense of Life, at its most vulnerable, in what the Book of James declares as pure religion: “Religion that God our Father accepts as pure and faultless is this: to look after orphans and widows in their distress and to keep oneself from being polluted by the world.”

Although the United States is not engaged in a militaristic war within our borders, we have a cultural and spiritual war that has caused more casualties than all of our military wars—combined.

There have been over 60 million killed since abortion was “legalized” in this country. Roe v. Wade never empowered women. It empowers men to have sex and run. This has led to a massive culture of abandonment where women are effectively left behind as widows, and children in the womb are orphaned by both the absent father and the mother who has chosen to give into the distress caused by pro-abortion propaganda. The pollution of this world is the warped belief system that others, not the Author of Life, can determine your worth.

We allow our minds and hearts to be polluted by the lie that we aren’t created with purpose and that we can’t be stronger than our circumstances. I don’t know about you, but I serve the God of the Impossible. I’ve living proof of the impossible becoming possible. My birthmom was raped yet bravely rejected the violence of abortion, choosing Life and adoption, instead. Philippians 4:13 proclaims: “I can do all things through Christ who strengthens me.”

Yes. The same Christ who was humanly “unplanned”. In fact, I was recently struck as I read Matthew 1:1-16 about the birth of Christ. I have read this many times throughout my life, but something profound happened to me this time. It’s not Mary’s genealogy that is detailed in the opening chapter. It is the genealogy of the man who would become Jesus’ adoptive father—Joseph.

Christ’s lineage was drawn from a man who was not genetically tied to him, at all. The paradigm of adoption was revealed in a courageous teen mother with a humanly unplanned pregnancy (certainly Divinely planned), a father who chose to love rather than to leave, and a Savior who would sacrifice himself in order to offer redemption, adoption and transformation to those who confess and believe.

Adoption is courageous and messy and joyful and mysterious and loving. We need to uplift all of those in this beautiful triad—the birthmom/birthdad, adoptee and adoptive family. No one’s pretending it’s easy. Parenting biological children isn’t easy, unless I missed the memo that genetically-related children present no problems in life.

I loved my adoption journey as do the majority of adoptees. I’m loved just as much as my parents’ first three homemade children. I love being an adoptive father. Out of my four children, two are also adopted…and loved like crazy. (Yes, I’m using the word ‘love’ a lot. No other word suffices.)

Adoption doesn’t just change the child. It changes the family, the community, and sometimes…the world. Look at the late CEO of Apple, Steve Jobs. He was adopted and loved, too. And he, inarguably, changed the world.

This November, and every month, may we rethink false narratives on adoption. May we look at this act for what it is…transformative love. I’m a firm believer that’s there’s always a ‘plan’ in the ‘unplanned’. What we don’t see from a human perspective, God knows from a Divine perspective. We’re meant to be, regardless of the circumstances of our conception, regardless of our real or perceived abilities or disabilities, regardless of what others think we contribute to this world. We have equal and irrevocable worth simply because we exist. And adoption is a powerful and culture-changing way to unleash that God-given Purpose.