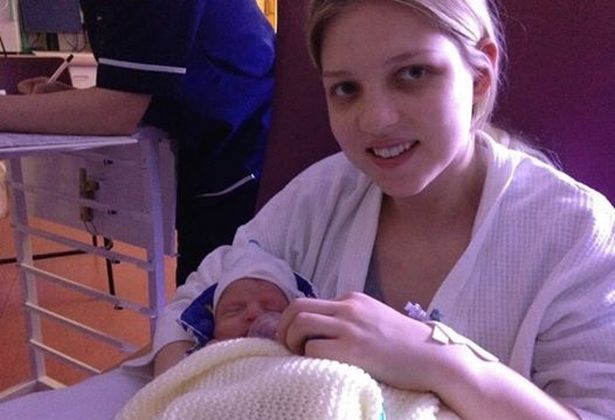 Hundreds of people, including actress Kate Winslet, gathered Tuesday to mourn for a young mother who sacrificed her life for her unborn daughter.

Gemma Nuttall, 29, of Accrington, Lancashire, England, died Oct. 14 after a five-year battle with cancer, the Daily Mail reports. When she was diagnosed in 2013, Nuttall was pregnant with her daughter, Penelope. Doctors recommended that she have an abortion and begin chemotherapy, but Nuttall refused.

“… she was offered a termination so the tumor could be removed immediately and treatment started,” her mother, Helen Sproates, said. “But Gemma decided her unborn child’s life was more important than her own so she declined and insisted on carrying on.”

Penelope, who is 4, and her mother had the opportunity to spend four special years together before Nuttall died, according to the report. The little girl’s life and the special memories they made together would not have been possible if Nuttall had chosen abortion instead.

The British mother was 16 weeks pregnant when she was diagnosed with ovarian cancer in late 2013, the report states. Nuttall refused to undergo cancer treatments until her daughter, Penelope, was born.

On March 24, 2014, Penelope arrived and Nuttall quickly was rushed into surgery to remove the cyst, her family said.

The family also began raising money for an experimental cancer treatment in Germany – something that caught Kate Winslet’s eye.

The “Titanic” actress, who attended the funeral Tuesday, said she came across Nuttall’s story while working through her own mother’s cancer diagnosis. Moved to help the young mother, Winslet set up a fundraiser and raised £300,000 for her, according to the report.

Initially, the treatment worked, and the family said Nuttall lived cancer-free for about a year. Last year, however, she discovered a lump on her head, and later learned that the cancer had returned and spread to her brain and lungs, her family said.

She died Oct. 14, a few weeks before her 30th birthday, according to her family.

On Tuesday, hundreds of people gathered to celebrate and mourn the brave young mother’s life, the Lancashire Telegraph reports.

“As a young mum Gemma’s extraordinary determination to beat her cancer for Penelope was something that deeply moved me and made me want to help,” Winslet said. “She was so clearly a fighter.

“But even though that has not been the case and even though Gemma didn’t quite make it to 30, she did make it to Penelope’s first second, third and fourth birthdays and to her first day of big school. They were also able to have some magical memories together which doctors thought would be impossible. In truth Gemma lived for at least 18 months longer than her specialists believed. She had more time with her family,” she continued.

Sproates, her mother and Penelope’s grandmother, said her granddaughter will be raised by her father now. She said her daughter’s life was short, but it was full of joy because of Penelope.

“She loved her music and movies but most of all she loved her special little Penelope and was a fantastic mummy to her. They had a very special relationship and Penelope has been her rock and her reason to keep going as long as she did,” Sproates said.

She continued: “It is heartbreaking to know Penelope is now having to grow up without her mummy’s love or influence, but we will keep Gemma’s memory alive …”