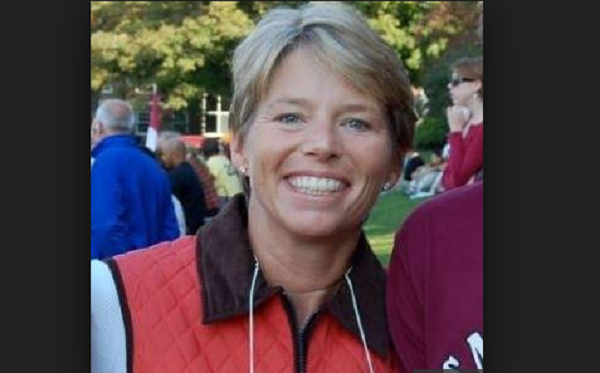 The allegations Christine Ford made against Supreme Court nominee Brett Kavanaugh have totally unraveled and the major witness a d best friend who Ford says witnessed Brett Kavanaugh sexually assault her has said for a second time that it never happened.

Judge Kavanaugh –and all who were alleged to be present during the supposed incident – deny it ever occurred. Leland Keyser, identified as one of five people at the party where Ford claims this incident occurred, said previously that it never happened. She previously said she “does not know Kavanaugh and she has no recollection of ever being at a party or gathering where he was present, with or without Dr. Ford.”

Now Keysey has reiterated her statement — she told the Judiciary Committee over the weekend that she stands by her statement that she doesn’t remember any such party and doesn’t recall even having met Judge Kavanaugh. She said she will cooperate fully with the FBI.

On Saturday, Keyser said through her lawyer in a letter to the committee that she was willing to “cooperate fully with the FBI’s supplemental investigation” into Kavanaugh.

“However, as my client has already made clear, she does not know Judge Kavanaugh and has no recollection of ever being at a party or gathering where he was present, with, or without, Dr. Ford,” the letter from Howard Walsh, Keyser’s attorney, said. It continued that Keyser “does not refute Dr. Ford’s account, and she has already told the press that she believes Dr. Ford’s account.”

“However, the simple and unchangeable truth is that she is unable to corroborate it because she has no recollection of the incident in question,” the letter continued.

On Friday, on a partisan 11-10 vote, the Senate Judiciary Committee has voted to support Supreme Court nominee Brett Kavanaugh. All of the committee’s Republicans voted in favor of recommending Judge Kavanaugh’s nomination while every Democrat voted against that.

Before the vote, Senator Jeff Flake of Arizona said he would support the vote but wanted the full Senate to delay the vote for one week to allow the FBI time to investigate the unproven allegations Christine Ford has made that Judge Kavanaugh sexually assaulted her. Other senators agreed but there that is subject to the decision of Senate Leader Mitch McConnell and Senate Democrat Leader Chuck Schumer.

“I think it would be proper to delay the floor vote up to but not more than one week in order to let the FBI do an investigation limited in time and scope [on] the current allegations that are there,” Flake said after meeting for several minutes with Democrats on the committee.

Flake had announced he would support Kavanaugh but his indicated that he would not be a “yes” vote for Kavanaugh on the Senate floor until the FBI completes work on a new investigation. Flake, along with Senators Susan Collins, Lisa Murkowski and Joe Manchin, may all oppose confirming Kavanaugh while the FBI investigation continues — essentially forcing the probe to take place before a successful floor vote can occur.

Republican leaders have agreed to a 1-week delay to allow the FBI to investigate the unproven allegations against Kavanaugh.

“We are pleased to see Judge Kavanaugh advance closer to confirmation and trust Leader McConnell to make a wise decision about next steps,” said SBA List President Marjorie Dannenfelser. “Judge Kavanaugh is a fair and independent judge in the mold of Justice Neil Gorsuch. By nominating him, President Trump is fulfilling a key promise to the voters who elected him. Vulnerable senators up for re-election should not underestimate grassroots support for Judge Kavanaugh and frustration with the tactics used to obstruct him. In battlegrounds like Missouri, North Dakota, Montana, West Virginia, and Indiana, an average of 75 percent of voters want their Democrat senator to vote to confirm Kavanaugh. They ignore their constituents at their political peril.

“It is time to end the politics of personal destruction. Ending the evil of sexual abuse of women and men will never be achieved by destroying good men and women. Respect for the dignity of all means listening as well as abiding by the rule of law. We thank Chairman Grassley for organizing yesterday’s hearing and the Judiciary Committee for moving swiftly to a vote. This exceptionally qualified nominee deserves a vote by the full Senate and should be confirmed with bipartisan support.”

Before the vote, Supreme Court nominee Brett Kavanaugh ripped pro-abortion Democrats pushing false allegations that he sexually assaulted Christine Ford or other women as both destroying his family and the political process.

“This confirmation process has become a national disgrace,” Kavanaugh said during his opening statement before the Senate Judiciary Committee.

“The Constitution gives the Senate an important role in the confirmation process. But you have replaced advise and consent with search and destroy,” he continued.

Kavanaugh came out firing against those who have smeared his good name an engaged in a character assassination campaign against him. Kavanaugh made it unmistakably clear that he never sexually assaulted Christine Ford or anyone for that matter.

Psychologist Christine Ford testified in front of the Senate Judiciary Committee to recount her claims that Judge Brett Kavanaugh sexually assaulted her when they were teenagers.

During her testimony, Ford reasserted that claim but provided no proof or evidence to substantiate it. She provided no photos, no recordings, no videos, no records from law enforcement, and no other proof that her claims are accurate. The only evidence Ford presented were witnesses who she says were present at the time of the sexual assault. The only problem is each and every one of the witnesses all say it never happened.

During the hearing Ford said she is “100 percent” certain that Supreme Court nominee Brett Kavanaugh sexually assaulted her when they were high-school teenagers. But previously Kavanaugh said the claims are totally false.

Ford said Kavanaugh friend Mark Judge was also in the room. But he, too, says the allegations are false. He has no recollection of it, his counsel said in a statement, and he defended Kavanaugh’s integrity.

Judge says he has “no memory of this alleged incident” and “never saw Brett (Kavanaugh) act in the manner Dr. Ford describes.”

Meanwhile, Leland Keyser, believed to have been identified as one of five people at the party where Ford claims this incident occurred, has said it never happened.

Keyser, believed to have been identified as one of five people at the party, told the committee in a letter she “does not know Kavanaugh and she has no recollection of ever being at a party or gathering where he was present, with or without Dr. Ford.”

“I understand that I have been identified by Christine Blasey Ford as the person she remembers as ‘PJ’ who supposedly was present at the party she described in her statements to the Washington Post. … I am issuing this statement today to make it clear to all involved that I have no knowledge of the party in question, nor do I have any knowledge of the allegations of improper conduct she has leveled against Brett Kavanaugh.

“Personally speaking, I have known Brett Kavanaugh since high school and I know him to be a person of great integrity, a great friend, and I have never witnessed any improper conduct by Brett Kavanaugh toward women. To safeguard my own privacy and anonymity, I respectfully request that the Committee accept this statement in response to any inquiry the committee may have.”

Ford and her attorney are Democratic Party activists. For and her attorney Debra Katz have not only donated to Democrats, but also recently signed on to a Physicians for Human Rights letter protesting the Trump administration’s immigration policy.

Other women who knew Judge Kavanaugh during that time period vouch for his character and high moral standard.

This controversy followed on the heels of Senate Democrats getting caught lying about Kavanaugh. Since Kavanaugh’s hearings last week, numerous fact checks and advice to “drop the whopper of a talking point” from one of the largest newspapers in America have not stopped pro-abortion politicians from repeating false claims about U.S. Supreme Court nominee Brett Kavanaugh.