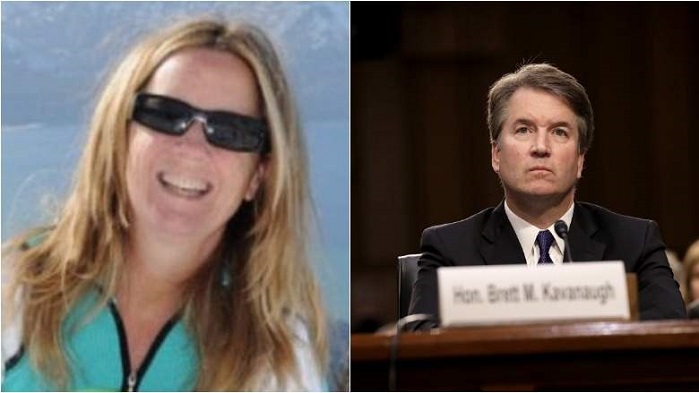 As many of you know, I served as chairman of the Citizens Committee to Confirm Clarence Thomas in 1991.  I was in the hearing room when a surprise witness named Anita Hill came forward and made charges that were not 35 years old but only 10 years.  It was a classic he said/she said confrontation.

Hill could not prove her claims in any substantial way. And of course, Thomas could not prove the opposite.  But he went on the attack, accusing Senate liberals of a “high-tech lynching.”  Thankfully, that smear attempt failed and Thomas was confirmed 52-to-48.

Fast forward to today.  We are in the #MeToo era.  And a political leftist in California is making charges against a conservative Supreme Court nominee.

It would not be wise for those of us who support Judge Kavanaugh to belittle Christine Ford.  That said, there are serious questions being raised about her 35 year-old claim.

For example, the other individual who Ford insists witnessed the alleged assault, Mark Judge, says her accusation is “just absolutely nuts.”   In addition, Ford has a history of left-wing activism.  (Here and here.)

Meanwhile, it is worth reiterating what we do know about Judge Brett Kavanaugh, namely that he has by all other accounts led an exceptionally decent life.

They examine you inside and out.  FBI agents talk to your friends, neighbors, classmates and employers.  They review everything you can imagine, as well as things you would never think of.

Yet nothing even remotely resembling Ford’s accusation ever surfaced in any of those past investigations.

In addition, we have the public statements made by scores of women from both political parties, including liberals, praising Judge Kavanaugh.  His female law clerks have praised him.

Sixty-five women who have known Kavanaugh since high school signed a letter testifying to his character.  Dozens of parents from the youth basketball team that Kavanaugh coached have praised his values.

I cannot imagine what Judge Kavanaugh and his wife and two daughters are going through now, as their family is being dragged through the mud.

Senate progressives are making all kinds of demands right now.  They want the confirmation hearings to stop.  They want another FBI investigation. They want Professor Ford to testify.

Sadly, this controversy has already been a victory of sorts for Senate progressives.
Every one of the vulnerable liberal senators running in states that Trump won now has the perfect excuse to vote against Kavanaugh.  And they can even appear noble in the process.

And, of course, anti-Trump Republicans like Bob Corker and Jeff Flake are joining the left’s calls to stall the nominee.  Thanks for nothing!

Over the weekend, Senator Dick Durbin tweeted the following:

“If the #MeToo movement has taught us anything, it is that we must respect and listen to survivors of sexual assault, regardless of the age of those involved or when the alleged attack took place.”

Juanita Broaddrick replied, “Well, Dick, do I have a story for you. Once upon a time Bill Clinton raped me.”

And Debra Katz, the attorney representing Christine Ford, is a big liberal donor who mocked Paula Jones and defended Al Franken’s sexual harassment.  She also denounced Trump supporters as “miscreants,” adding, “The term ‘basket of deplorables’ is far too generous a description.”