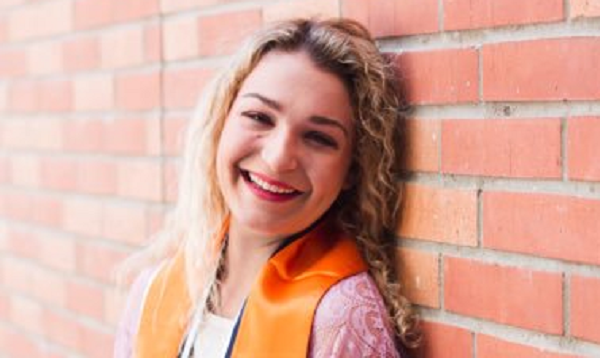 Actions speak louder than words, as the old saying goes, and abortion activists are showing themselves to be anything but “pro-choice.”

The latest evidence is their open, unashamed assault on pro-life pregnancy centers, which offer women free, life-affirming alternatives to abortion.

Kaiser Health News recently highlighted several abortion activists who have been ramping up their attacks ever since the U.S. Supreme Court ruled against a California law that forced pregnancy centers to advertise abortions.

One is Haley Pollock, a 34-year-old law student at Southwestern Law School in Los Angeles.

Pollock said she and her friends often travel to pregnancy centers in the area and scrawl anti-choice chalk messages on their sidewalks, such as “Fake Women’s Clinic Ahead” and “End the Lies.” Sometimes they also protest outside with signs.

She told the news outlet she has a “guerrilla-style” nighttime protest planned soon, too. At night, she and a group of fellow abortion activists plan to write chalk messages in pink, blue and yellow on sidewalks in the neighborhoods around pregnancy centers. Pollock said she hopes their pro-abortion messages will be one of the first things people see in the morning.

“People are appalled when they learn about fake clinics,” she claimed.

Another pro-abortion group, Black Women for Wellness, recently spent $15,000 on ads in the Bay Area trashing pregnancy centers, according to the report. The website listed on the ads describes the pregnancy centers as “F*@! Clinics,” and claims pregnancy centers manipulate women into keeping their unborn babies.

Anne O’Connor, vice president of legal affairs for the National Institute of Family and Life Advocates, said these campaigns are dishonest attempts to steer vulnerable women away from life-affirming information and support.

Her organization oversees 1,450 pregnancy centers across the United States, most of which are licensed medical facilities staffed by medical professionals. Most also are small non-profits that provide free diapers, maternity clothes, ultrasounds, counseling and more to pregnant and parenting mothers.

“There is nothing ‘fake’ about our medical professionals or our medical services,” O’Connor told the news outlet. “Pro-abortion advocates will find that campaigns maligning pro-life pregnancy centers in this way are ineffective because they are not true.”

Abortion-rights activists in California and beyond have launched or stepped up information campaigns in response to a June U.S. Supreme Court ruling that crisis pregnancy centers cannot be required to tell women about the availability of publicly funded family planning services, including contraception and abortion.

Through sidewalk drawings, bus-shelter ads and pop-up messages on mobile devices, these activists seek to spread the word themselves about such services, especially to young, low-income women. They aim to warn them about what they see as incomplete or false information provided by the centers, which are typically affiliated with Christian organizations and seek to persuade women to continue their pregnancies.

And abortion facilities persuade women to abort their unborn babies. One key difference is that pro-life pregnancy centers do not gain anything financially by encouraging women to choose life for their unborn babies. Quite the opposite, these nonprofits provide even more free services to moms when they choose life, including diapers, cribs, baby clothes, parenting classes and more.

Abortion activists and the billion-dollar industry that they support do not promote choices for pregnant women. They promote abortions – a deadly, money-making practice that kills nearly 1 million unborn babies every year in America.