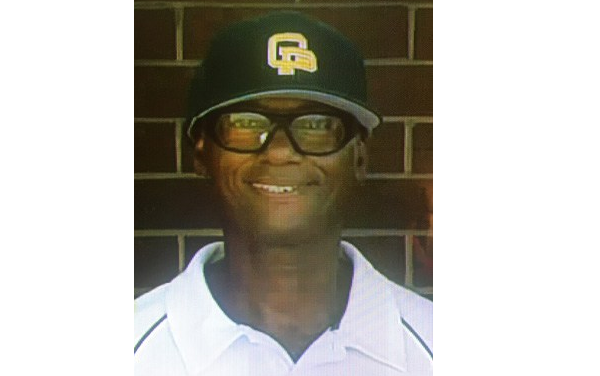 In a striking irony, abortionist Reginald Sharpe is coaching a team that has advanced to the Little League World Series in Williamsport, Pennsylvania.

Sharpe is an assistant coach for his son’s team, the Grosse Pointe Woods Shores Major All Stars which defeated Indiana 2-14 in just 3 ½ innings of play on Saturday. They are undefeated in regional play.

Lynn Mills of Pro-Life Michigan spotted Sharpe’s familiar face when she flipped on the televised game.

Children must be 10-12 years of age at the start of the season to qualify for participation in Little League teams. These children, born between 2005-2007 – years when Sharpe was working as an abortionist.

“It is ironic that Sharpe is proudly coaching children that he would have gladly aborted, given the opportunity,” said Troy Newman, President of Operation Rescue. “Each child on his team is lucky to be alive. I have to wonder how many boys that may have made the team are not alive today because of him.”

Newman called Sharpe out for his hypocrisy.

“After a long career of killing babies and maiming women, it doesn’t seem right that he should be allowed to enjoy the limelight of the Little League World Series and all the good publicity that goes with it without people knowing the truth about him,” said Newman. “This man should be in jail for what he is done, but instead, he is treated like a celebrity. It’s just disgusting.”

Sharpe, a Doctor of Osteopathy, who currently works at the Summit Medical Center abortion facility in Detroit, has had a downright terrifying abortion career.

An Administrative Complaint dated October 28, 2016, which was provided to Operation Rescue by Mills recounts the wake of carnage detailed in his lengthy disciplinary history, including the agonizing death of a Detroit patient in 2008.

• December 1998: Sharpe was fined $2,500 and placed on probation for a year for “improperly delegating the administration of schedule IV controlled substances.”
• June 2005: A Consent order was issued fining Sharpe $5,000 and suspending his license for 120 days followed by one year of probation with other requirements. Sharpe had “left a patient unattended in recovery, in pain, and without medical attention for several hours after he could not successfully complete her abortion.”
• January 11, 2008: Sharpe conducted an abortion on a 26-year old African-American Detroit woman listed as “Patient 1” who was 15 weeks, 2 days pregnant. When she began to seize during the abortion, he halted the procedure. Sharpe had perforated her uterus and caused internal hemorrhaging. It wasn’t until she went into respiratory arrest that his staff called 911. Patient 1 suffered cardiac arrest on the way to the hospital and was pronounced dead on January 19, 2008. Her cause of death was listed as “uterine perforation and complications.”
• August 5, 2011: Sharpe conducted a disastrous abortion on “Patient 2.” Her pre-born baby was 19 weeks gestation. No IV was administered and her cervix was not properly prepared for the risky procedure. Sharpe perforated her uterus and shoved her baby’s head outside her uterus into her abdominal cavity and left other body parts in her uterus. She suffered post-operative internal hemorrhage as a result and was forced to undergo a hysterectomy to save her life.

• February 27-28, 2014: Sharpe conducted a two-day 23-week abortion on “Patient 3.” He again perforated his patient’s uterus and caused internal hemorrhaging. Sharpe was found to have failed to provide appropriate monitoring for Patient 3 and failed to record vital signs. An ambulance transported her to Botsford Hospital in Farmington Hills, Michigan, where doctors conducted surgery to “repair the perforation and remove the retained fetal cranium and tissue from the patient’s abdominal cavity.”

• June 16-17, 2014: “Patient 4” went to Sharpe for a two-day late-term abortion on her 22-23-week old pre-born baby using a “D&C” procedure “without a nurse or other medical professional present while the patient was sedated.” He failed to properly note dosages in Patient 4’s medical records.
• December 31, 2014: Sharpe began a dilation and evacuation procedure on “Patient 5” and her 16-week baby. He halted the procedure when he realized she was not sufficiently dilated. An hour and a half later, he tried to resume the abortion, but her membranes had spontaneously ruptured. She was transferred to Detroit Medical Center’s Sinai-Grace Hospital “For the completion of the abortion procedure and additional care.” Sharpe failed to properly document the procedure, information about drugs used, and did not document the location of the placenta even though the patient had a previous Cesarean delivery.

Sharpe entered into a consent agreement on October 5, 2017, for his negligence related to Patients 1-5. He was fined $15,000 and ordered to undergo record reviews and meet other requirements. He was placed on probation not to exceed one year.

“Why obviously incompetent abortionists like Sharpe are given a slap on the wrist and allowed to continue maiming their patients is really beyond explanation,” said Newman. “This man has been coddled for decades while women and babies have suffered.”

Sharpe and his Grosse Pointe Woods Shores All Stars will appear at their first Little League World Series game in Williamsport on Friday, August 17, 2018, at 4:00 p.m. Eastern, which will be televised on ESPN.