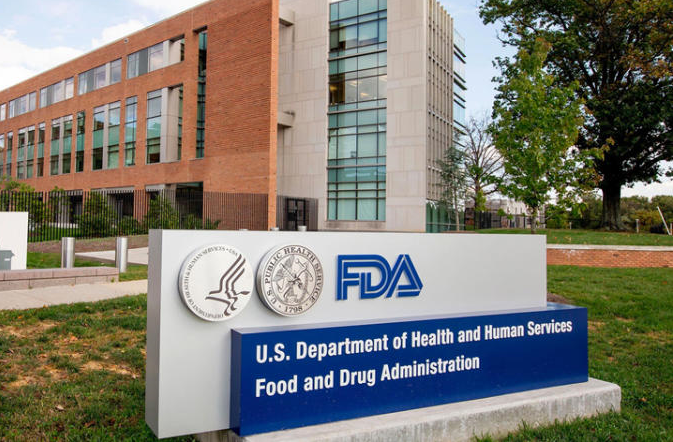 Leading pro-life organizations are very angry at yesterday’s news that the FDA has signed a contract purchasing the body parts of aborted babies. They are calling for President Donald Trump and top Trump Administration officials to cancel the contract and prevent similar contracts from being entered into in the future.

As LifeNews reported, the Food and Drug Administration has signed a new contract to acquire body parts from aborted babies to be transplanted into so-called humanized mice. The grisly experiments allow mice to have a functioning human immune system for research purposes.

This is not the first time that body parts from babies victimized by abortion have gone towards the strange experiments. As LifeNews previously reported, the Center for Medical Progress expose’ of the Planned Parenthood abortion business contained new revelations that some aborted baby remains sold by Planned Parenthood go to biotech companies for the purpose of creating “humanized” mice.

The FDA is using federal tax dollars to create a demand for human body parts that must be taken from babies who are aborted.

“The objective is to acquire Tissue for Humanized Mice,” said a June 13 FDA “presolicitation notice” for the contract. The contractor, the notice said, would “provide the human fetal tissue needed to continue the ongoing research being led by FDA.”

“Fresh human tissues are required,” said the notice, “for implantation into severely immune-compromised mice to create chimeric animals that have a human immune system.”

In a statement to LifeNews, SBA List President Marjorie Dannenfelser said the “use of aborted babies’ body parts for gratuitous, unethical experiments is simply horrifying.”

“Investigations by brave citizen journalists and our allies in Congress have exposed the brutal reality that “fresh tissue” is obtained by torturing unborn children to death in late-term abortions. Under no circumstances should the U.S. government be contracting with baby parts dealers like ABR – who have partnered with abortion giant Planned Parenthood – or taxpayers be forced to fund such atrocities. We call on Congress to pass the Roby Amendment to stop taxpayer funding of these repugnant practices and act swiftly to ban them altogether,” Dannenfelser said.

Dr. David Prentice, Vice President and Research Director at the Charlotte Lozier Institute, told LifeNews “It is outrageous that the FDA would aid in the trafficking of aborted baby parts and fetal tissue.”

He said the research is unnecessary and that better, more ethical, alternatives are available.

“This not only fosters government-sponsored participation in unethical research but continues use of outdated scientific methods. Humanized mice can and have been made, for years, using ethical cell sources, including umbilical cord blood and peripheral blood stem cells,” he said. “High-quality, modern scientific research has no need for unethical, tainted practices and grisly sources. Our government should lead in ethics and in science, and should rescind any contracts for or use of aborted fetal tissue.”

“After an undercover investigation and Congressional investigation exposed the horrors of an industry that harvests and sells baby body parts, there is no excuse for anyone, much less the taxpayer funded federal government to enter into contracts that prop up this gruesome practice. Such contracts should be immediately terminated and the baby body parts trafficking industry shut down,” he said.

Rose added: “These children deserved care and protection, but instead were violently stripped of their fundamental rights and are now being sold piecemeal. The company that the FDA is doing business with, Advanced Bio Resources (ABR), is currently under federal investigation for colluding with Planned Parenthood to sell aborted baby body parts for profit. We call on the FDA to terminate its contract with ABR immediately and cease the experimentation on the bodies of aborted children.”

The pro-life advocates not only want the contract ended they want funding for research involving body parts or tissue from aborted babies halted entirely. As CNS News notes:

In fiscal 2018, the NIH—which is a separate entity from the FDA but also a part of the Department of Health and Human Services–estimates it will spend $103 million on human fetal tissue research. In fiscal 2017, it spent $98 million.

In July, the House Appropriations Committee approved a bill to fund the Department of Health and Human Services that includes language that would prohibit funding for research that uses tissue taken from babies who were aborted.

Apart from the destruction of human life and the exploitation of aborted babies by using their body parts for research, the pro-life movement has long questioned the ethics of transplanting human brains cells into other species.

Research has previously taken place at the University of Rochester where mice were injected with glial cells from human fetuses. Glial cells are cells that support neurons in the nervous systems. The mice incorporated these glial cells into their brain and “outperformed normal mice almost fourfold in a variety of cognition tests.”

The researchers stressed that the mice still had mouse brains, saying “This does not provide the animals with additional capabilities that could in any way be ascribed or perceived as specifically human. Rather, the human cells are simply improving the efficiency of the mouse’s own neural networks. It’s still a mouse.”

But the mixing of human brain cells with those of other species, especially those of other primates, raise serious ethical considerations. The paper in Journal of Neuroscience clearly states that the glial cells came from second trimester abortions.

There is plenty of research that is being performed with aborted fetuses. In this case, scientists hope that this model model will help illuminate the contribution of glial cells to human neurological disorders. It is a noble goal, but the source of the glial cells morally taints all their research. They could have used cells from ethical sources like a natural miscarriage, but they did not.

Farrell made it clear that Planned Parenthood had been involved in the selling of aborted baby parts for some time and was very familiar with the use of fetal remains in the production of humanized mice.

She discussed how the Houston affiliate for which she worked was “resistant” to recent efforts by Planned Parenthood Federation of America to standardize fetal tissue sales throughout the participating affiliates because “we’ve been doing our own thing for a long time.”

She emphasized repeatedly that she creates a written line-item budget for compensation that effectively conceals the fact that the money received from fetal remains is actually a financial benefit to the company above and beyond hard costs.

In addition, she noted that they are able to alter abortion procedures to make sure they have baby parts to sell.

“And we have had studies in which the company, and or in this case, investigator, has a specific need for certain portions of the parts of conception and we base that into our contract and our protocol that we follow this, so we deviate from our standard in order to do that,” Farrell said, (emphasis added).

Yet Farrell acknowledged that it was illegal for them to alter the timing or manner of the procedure for the purpose of ensuring organs were fit for use by researchers.

In the lengthy video, Farrell is seen looking over her e-mail when she finds a message from an immune-biology laboratory that was requesting fetal tissue to create humanized mice.