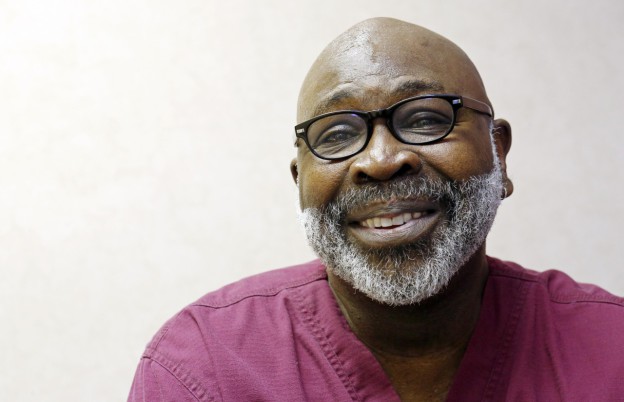 In an open letter to the U.S. Senate published at Teen Vogue, Parker claimed the “freedom” to have an abortion is at stake.

With moderate Justice Anthony Kennedy’s retirement, Kavanaugh could swing the court to a conservative majority and be a deciding opinion on vital issues like abortion restrictions and Roe v. Wade. Abortion activists are heavily lobbying U.S. Senators to oppose Kavanaugh’s confirmation.

“Senators, we, the people, need you to take a stand,” Parker wrote. “We need you to think about the future generations of this country. If Kavanaugh is not blocked from taking a seat on our highest court, it is inevitable that our freedoms will be stripped from our bodies and from our lives.”

Parker claimed women’s basic freedom is at stake because the high court could protect unborn babies from abortion. Describing abortion as “care,” “safe” and “essential,” he hid from his readers the reality of the violent, life-destroying practice that he earns his living doing.

Later in the letter, Parker lamented that one of his patients kept her unborn baby, rather than seek out a second-trimester abortion.

My patient from the Mississippi Delta, I’ll call her Sheila, illustrates the unconscionable difference one’s zip code can make in determining reproductive rights. A mother of three in one of the poorest areas of the country, Sheila presented to the only clinic in Mississippi located in the state capital of Jackson, some three hours away from her home, thinking herself early in the first trimester. State-mandated physician counseling and a 24-hour waiting period meant that I had to be the one to tell her that she was 16 weeks, zero days, the cutoff for abortion procedures in a non-hospital setting in the state. Sullen, she returned home to the Delta, indicating that she had neither the time nor resources to travel to the state next-door to Mississippi, my home state of Alabama, where the cutoff date is 20 weeks post-fertilization. Merely residing in the “wrong” state can literally determine whether reproductive rights are obtainable.

In his blindness, Parker failed to see that a baby may be alive and even thriving because of the mother’s choice. What’s more, Sheila may be happy she made that choice, too. A large study by pro-abortion researchers at the University of California San Francisco found that only 5 percent of women who were turned away from abortion facilities because they were too far along still wished they had abortions. That suggests 95 percent of the women who once considered abortion later were glad they had their babies.

But Parker called women’s legal right to have their unborn babies killed a “freedom” and likened Roe v. Wade to the emancipation of African Americans from slavery.

“This freedom is now being threatened thanks to the nomination of Judge Brett Kavanaugh, someone who has already proven to us time and time again that he does not value the equality, rights, or safety of women,” he wrote.

In doing so, he missed the entire point of American freedom. It is not just for some, freedom is for all.

Every human life should receive the same rights and freedoms guaranteed in the U.S. Constitution. Anything less is discriminatory and abusive. The end of slavery began to restore those fundamental rights to Black Americans, and the end of Roe v. Wade will begin to do that for Americans who are not yet born.