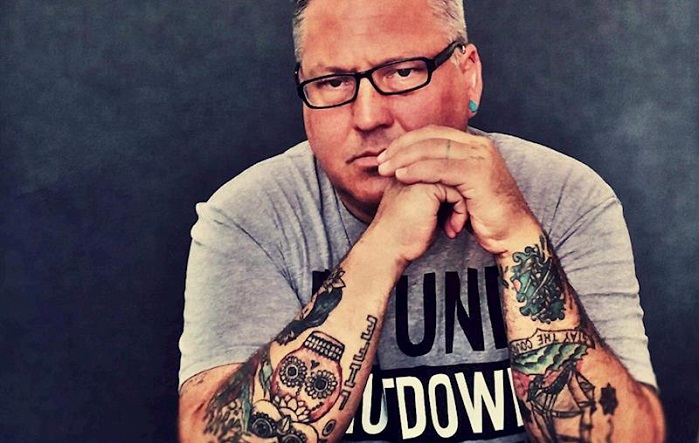 It was a warm August night in 1987 when four young kids took the stage at a church in Anaheim, California, and changed my life forever. I was only a week into my Christian journey and just looking for some good music to listen to that would encourage me in my new faith. I was not expecting to find my calling in life that night, but that is exactly what happened when the band The Crucified began to sing a song entitled “The Silent Scream”.

I left that concert with a cassette tape that I listened to over and over and over. I took to heart the words of the song and the words that Stacey, the drummer’s then-girlfriend, now-wife, shared with me about abortion and what it really was. I could not stop thinking about what was going on in our world that I had been blind to for so many years. I could not erase the thought of a baby screaming for life while a doctor was intentionally killing a human being he was trained to heal.

Over the next few years I began to speak out against abortion, wearing pro-life t-shirts and putting stickers on my scooter and helmet. I began to collect and distribute pro-life literature. My journey to full-time pro-life activist had begun but I had not yet realized this was my life’s calling.

It was a couple years later when my friend Chris invited me to a pro-life event in downtown Los Angeles. We met up with a my friend, Elisa, and her mom at an abortion mill where a giant protest was taking place. I had a Mohawk and tattoos and most of the pro-abortion protesters thought I was one of them. They asked me to stand and guard the door, and to hold it open to allow women in to get an abortion.

I had heard about Operation Rescue and how its members would sacrificially sit in front of the doors in prayer to buy time for counselors to offer women an alternative to abortion. They would be arrested for laying their lives down for the sake of the precious children scheduled to die that day.

When I saw that young woman walking toward the door I was holding open, I had no choice; I had to do something to try to protect her child from what was about to happen. In the middle of hundreds of screaming pro-abortion activists, I slammed the door shut and linked my arms to the handles as the crowd around me realized I was actually pro-life.

I was hit, kicked and spat upon. They screamed, “He’s OR, He’s OR” as the girl turned and left and the police came running in to arrest me. I was walked out of the crowd in handcuffs as they all cheered. I was released later that day when pro-life activist Jeff White negotiated my release and within an hour I called my boss and told him I could no longer work on Saturdays. I knew that my Saturdays from then on would be spent standing up against abortion.

Over the years, as I got more involved with the Rescue movement, I began to dream about mixing my two passions, music and pro-life. I had been involved with Christian rock, working for many bands while also doing pro-life activism. In 1993 I was undercover at an abortion mill and I actually witnessed an abortion. That night, when I was crying out to God about what I saw, He gave me the vision and call on my life. I heard the audible words, “Bryan, save my children”. He gave me the vision to start Rock for Life and be a booming voice for life in the middle of the culture of death.

I began to organize concerts featuring bands like POD, Sometime Sunday, Focused, Precious Death, The Blamed and so many more. I was invited to tour with Lollapalooza in 1994 and I had a pro-life booth at every stop of the tour. I joined forces with Erik Whittington of the band Sometime Sunday to build Rock for Life into a full-time pro-life organization, mobilizing young people to stand up and call for an end to abortion.

Erik and I had a passion for creating cutting edge pro-life t-shirts, stickers, music and more. We wanted to not only educate and activate this generation but to equip them to be bold with the message. The first big shirt we did was a simple design with the words “Abortion Is Mean. This design became one of the most popular pro-life shirts every made. By the early 2000s you could not walk through a Christian concert festival without seeing this shirt everywhere you looked.

The back of the shirt had a message that resonated with our generation, a proclamation that so many took to heart. “You Will Not Silence My Message, You Will Not Mock My God, You Will Stop Killing My Generation.” This became an anthem for Christian youth as the youth pro-life movement began to explode.

Erik and I began to mobilize young alternative kids who did not fit the norm to come to the March for Life in D.C. It was amazing to see hundreds of kids marching together with Mohawks, dyed hair, tattoos and piercings alongside people you would never expect to see standing for the same cause. It was a revolution for life like no one had ever seen before. It was a beautiful sight.

Years later, with my new organization, Stand True, I launched a new shirt with a prophetic message that I 100 percent believe. “I Survived Roe vs. Wade, Roe vs. Wade Will Not Survive Me”. I have often been asked if I truly believe this message, do I really believe this is the generation that will abolish abortion.

Yes! Yes I do believe this! When people ask me questions like, “Do you believe we can actually see Roe vs. Wade overturned,” I say, “Don’t ask can we, but when will we see this happen?”

That brings us to today, an historic moment in our nation, the turning of the Supreme Court to a conservative majority like we have not seen before. I have not been fooled into thinking that the nomination of Justice Kavanaugh is a guarantee that we will see the end of Roe soon, but I am encouraged to know we are a step closer.

The truth is we have probably not seen the last nomination from President Trump; in fact there could actually be two more Justices seated on the bench before he leaves office.

While we must remain cautious and vigilant in our fight for an end to abortion, I do believe that we can also take encouragement in the direction our nation is heading. It is true that even if Roe is overturned, it will not bring about the end of abortion, but it will bring us one giant step closer.

Even when we do see abortion outlawed again, something I believe will happen and needs to happen, we must continue to fight the culture of death. Just like all other evil attacks on humanity that have been made illegal, those things still happen. Just because as evil will still exist does not mean we don’t fight to outlaw that evil.

So here I sit sipping my coffee on a hot July morning about thirty-one years after I first heard about the silent scream, thinking about that concert that woke me up. Before I began to write this, I wrote a thank you to Jim and Stacey Chaffin on Facebook for being a huge part of inspiring my calling in life.

LifeNews.com Note: Bryan Kemper is the youth director for Priests for Life and founder of Stand True. He is the author of Social Justice Begins In The Womb.