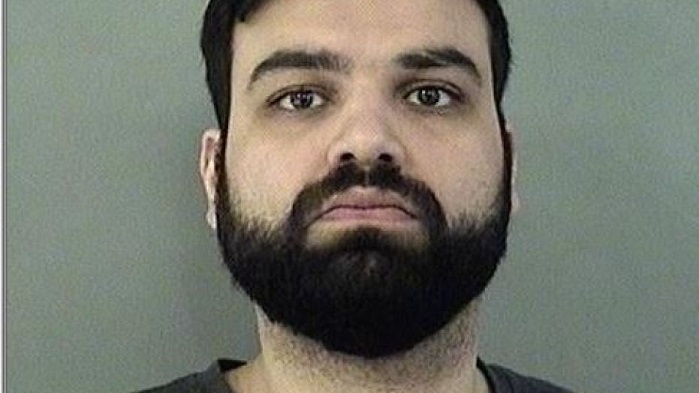 A Virginia doctor who spiked his girlfriend’s drink with abortion drugs to kill their unborn baby has been punished for his crime.

The AP reports Dr. Sikander Imran, 32, of Arlington, Virginia is slated to spend three years in prison before facing deportation to Pakistan; he also lost his medical license.

He pleaded guilty to fetal homicide in March, according to Christian News Network.

Brooke Fiske, Imran’s girlfriend of three years, said he pressured her to have an abortion when he learned that she was pregnant in 2017.

Later, Fiske said she traveled from her home in New York state to visit Imran in Virginia. She said she was 17 weeks pregnant, and her plan was to discuss with him how they would raise their child.

She explained what happened next to WROC:

“When I was drinking my tea in the evening I got to the bottom of the cup.  There was a gritty substance in there and when I looked at it, I could tell that it was a pill that had been ground up,” she said.

“He [Imran] immediately started crying and said that he was a horrible person and that he had done what I thought he did,” Fiske said.

She was rushed to Virginia Hospital Center where she went into labor and lost her baby boy. Fiske says tests showed the abortion pill ‘Misoprostol’ was found in her system.

“According to the nurse at the hospital, it’s 200 milligrams to induce labor. So he gave me 800,” she explained.

At the sentencing hearing on Friday, Imran’s attorneys argued for leniency, claiming the doctor’s mental health was unstable at the time he slipped his girlfriend the deadly abortion drugs, according to ABC News.

Fiske also said she was more concerned about preventing such a horrible thing from happening again than the length of Imran’s punishment.

“What matters is that people hear this story and realize that either they need help themselves and they’re going to reach out and get it before something awful happens, or they realize that whatever weight, whatever tragedy, whatever pain they’re carrying, there is a way through it,” she said.

Not the first case of its kind, many pro-life advocates are concerned that these types of abuses could grow worse if abortion activists succeed in forcing U.S. pharmacies to dispense abortion drugs.

A very similar case occurred in Florida several years ago when John Andrew Weldon tricked his pregnant girlfriend into taking abortion drugs, killing her unborn baby. Welden was sentenced to 15 years in prison. Responding to the crime, Florida lawmakers passed an Unborn Victims of Violence law to protect unborn babies in such cases.

In 2015, Norwegian authorities convicted another man after he slipped abortion drugs into his pregnant ex-girlfriend’s smoothie, killing their unborn baby. That same year LifeNews reported about a man from Indiana who was charged with attempted feticide after he allegedly mixed abortion-inducing herbs into the drink of his pregnant girlfriend.

Forced abortions are a rarely discussed atrocity that occur more often that people realize. As LifeNews previously reported, one study found that as many as 64 percent of post-abortive women say they felt pressured or forced to have an abortion.