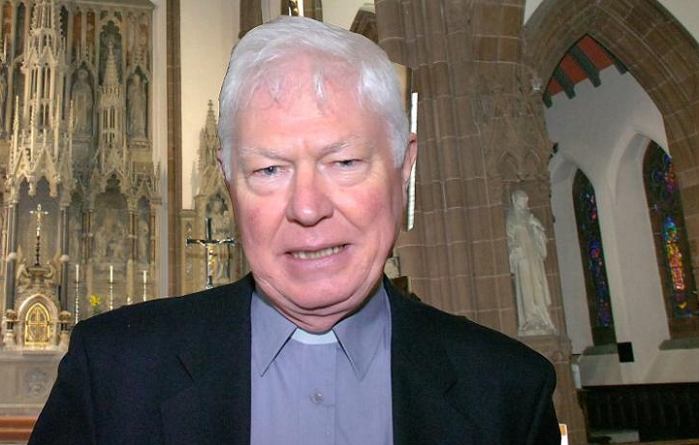 A Catholic priest’s letter to politicians on the Isle of Man is drawing sharp criticism for sympathizing with abortion activists and criticizing pro-lifers.

Monsignor John Devine, dean of the Roman Catholic Church, Isle of Man, wrote a letter to the chief minister recently about his concerns with a proposal to legalize abortion on the island, according to the Church Militant.

“People who have abortions are not murderers and are not bad people,” Devine wrote.

Later, he said politicians who are pushing to legalize abortion on demand are not bad people, and they are “attempting to do what is right.”

The Rev. Jules Gomes, an Anglican pro-life advocate in the UK, wrote a highly critical response to Devine’s letter in an article for The Conservative Woman this week.

“When the debate on the Abortion Reform Bill on the Isle of Man began in 2017, Msgr Devine sat on the fence until his butt ached,” Gomes said.

On the Isle of Man, abortions are legal if the mother’s life is at risk or if the unborn baby is unlikely to survive birth. However, abortion activists are pushing the island to legalize abortion on demand up to 14 weeks, according to the report.

Now he’s written to the Chief Minister of the Isle of Man. Devine’s epistle scandalously misrepresents and seriously distorts Catholic teaching. It abounds in logical fallacies and moral contradictions. He first derides members of his church and other Christians as the ‘lunatic fringe’ for using images of aborted babies in demonstrations.

He claims that ‘these protesters cannot presume to speak on the Church’s behalf’. Perhaps Devine missed Vatican II’s aggiornamento which made it clear that the Church is not the hierarchy but the People of God. Perhaps he regards himself as the voice of the Church.

After dismissing the lunatic fringe, he rolls in the hay with the heretic fringe. ‘People who have abortions are not murderers and are not bad people,’ he pontificates. Devine is blissfully ignorant or wilfully lying. For 2,000 years the Catholic Church has called abortion murder.

Across the world, the Catholic Church has been one of the strongest advocates for the lives of unborn babies. The church teaches that every human life is valuable, from conception to natural death, and deserving of protection.

The Catholic Militant said Devine has failed as a priest because he has not reinforced the intrinsic evil of abortion.

No good can come from legalizing the destruction of unborn babies’ lives, no matter what “right” intentions abortion activists may have.