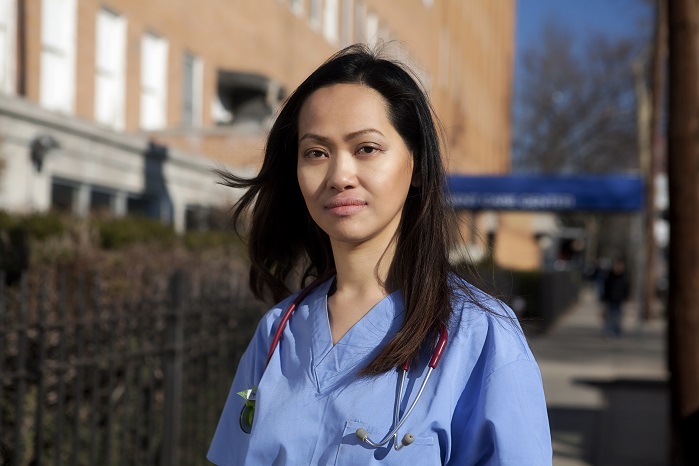 Speaker Paul Ryan has chosen a pro-life guest to sit in the Congressional chamber during tonight’s State of the Union Address.

Ryan’s guest is a pro-life nurse who was forced to assist in am late-term abortion. Her presence will help spotlight the important conscience rights issues that medical professionals face who don’t want to be forced to be involved at abortions. It also highlights the recent actions president Donald Trump took to provide additional legal protection for such pro-life doctors and nurses.

In 2009, while working at a hospital in New York, nurse Cathy Cenzon-DeCarlo was forced to assist with a late-term abortion. Though she objected on grounds of violating her religious beliefs, the hospital threatened disciplinary action if she did not participate. After a years-long legal battle and an investigation led by the Department of Health and Human Services, the hospital eventually changed its policy to ensure medical personnel are not forced to participate in abortions.

Now, Cathy is an outspoken advocate on behalf of other medical personnel who are faced with the same unjust dilemma.

“No one should be forced to violate their religious beliefs—especially in the workplace,” said Speaker Ryan. “Not only did Cathy stick up for her faith, but she did so while fighting for the unborn. It’s wrong that Cathy and so many others have been intimidated into assisting with abortions, which is why the Trump administration’s expanded conscience protections are a welcomed change. As a staunch defender of religious liberty, I was very moved by Cathy’s story—I am delighted she’s attending tonight’s address.”

Then, earlier this month, Trump pushed forward with a new effort to protect doctors and healthcare workers from being forced or pressured to perform abortions. The division will protect anyone who has a “moral objection” to involvement in an abortion because it kills an unborn child before birth.

“President Trump promised the American people that his administration would vigorously uphold the rights of conscience and religious freedom,” HHS Acting Secretary Eric Hargan said in a release. “That promise is being kept today. The Founding Fathers knew that a nation that respects conscience rights is more diverse and more free, and OCR’s new division will help make that vision a reality.”

“The Conscience and Religious Freedom Division has been established to restore federal enforcement of our nation’s laws that protect the fundamental and unalienable rights of conscience and religious freedom.  OCR is the law enforcement agency within HHS that enforces federal laws protecting civil rights and conscience in health and human services, and the security and privacy of people’s health information.  The creation of the new division will provide HHS with the focus it needs to more vigorously and effectively enforce existing laws protecting the rights of conscience and religious freedom, the first freedom protected in the Bill of Rights,” he added.

OCR already has enforcement authority over federal conscience protection statutes, such as the Church, Coats-Snowe, and Weldon Amendments; Section 1553 of the Affordable Care Act (on assisted suicide); and certain federal nondiscrimination laws that prohibit discrimination on the basis of religion in a variety of HHS programs.

OCR Director Roger Severino said, “Laws protecting religious freedom and conscience rights are just empty words on paper if they aren’t enforced. No one should be forced to choose between helping sick people and living by one’s deepest moral or religious convictions, and the new division will help guarantee that victims of unlawful discrimination find justice. For too long, governments big and small have treated conscience claims with hostility instead of protection, but change is coming and it begins here and now.”