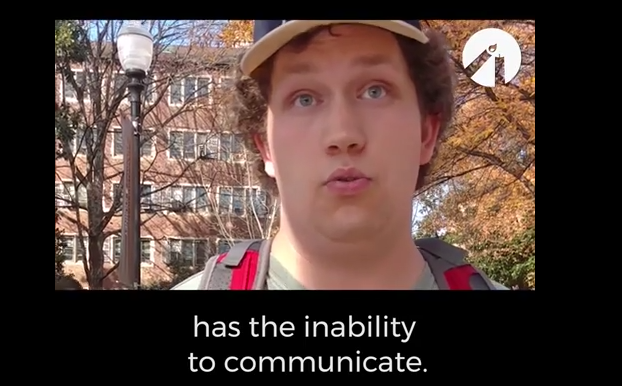 A pro-abortion student has been filmed on video defending infanticide, saying there is nothing wrong with killing a two-year-old baby. The student at the University of Tennessee, Knoxville bragged about his support for infanticide up to two years of age.

The video, provided to LifeNews by Students for Life of America, shows a pro-abortion student defending his position in favor of ending the lives of unborn children.

During the video, the student also defends infanticide and says that there’s nothing wrong with killing newborn babies because they are not capable of taking care of themselves or holding an intellectual conversation. The twisted logic claims that because babies are not on the same level as someone old enough to feed and clothe themselves and to carry on a conversation that apparently their life is somehow less valuable.

“The fact of the matter is without communication, we have no way of knowing of you are sentient or not,” the unidentified student says in the video clip. “It’s no different than this tree. It’s alive, but is it sentient? I don’t know. I cannot communicate with it.”

Then he defends killing infants.

“Can the two year old talk to me? In some instances I’m fairly certain that is,” the student said. “But generally speaking the child still has the inability to communicate. And until we determine that as such at what point does sentience become an issue. We can’t really debate whether or not that is the situation or not.”

The head of the pro-life student group was not surprised by the warped thinking.

“The idea that someone could support infanticide is incredibly disturbing. Yet, it reflects the kinds of attitudes our staff members and students can face on a daily basis on high school and college campuses,” Students for Life of America president Kristan Hawkins said. “Life is only valuable if I can talk to it?”