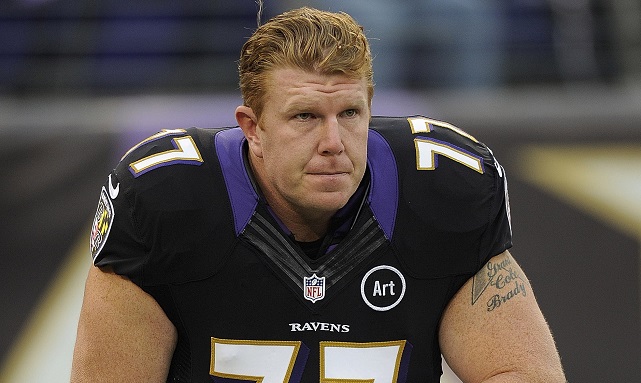 Former NFL player Matt Birk grew popular in pro-life and conservative circles several years ago when he refused to meet President Barack Obama because of the president’s pro-abortion policies.

This January, pro-life advocates at the March for Life will hear more from Birk, a former Baltimore Ravens center, and his wife, Adrianna, about their passion for the pro-life cause.

The March for Life recently announced Birk as one of the keynote speakers at the annual event, which draws hundreds of thousands of pro-lifers to the nation’s capital.

“Each of these speakers bear witness to this year’s theme ‘Love Saves Lives’ in a unique and powerful way that is sure to resonate with the hundreds of thousands of pro-life Americans from across the country who will be coming to march in defense of life this year,” said Jeanne Mancini, president of March for Life. “We look forward to hearing how love has empowered each speaker to create a culture of life within their individual communities and platforms.”

Birk is a Catholic and a strong pro-life advocate. Birk grew up in St. Paul, Minnesota, where Planned Parenthood did abortions for decades. The godfather of one of Birk’s five children opened a pregnancy center across the street from the abortion facility; and Adrianna, his wife, volunteered at the center. Eventually the Planned Parenthood abortion clinic closed.

In 2013, Birk said he took offense to Obama’s comments about abortion and refused to meet him with the rest of his team.

“I wasn’t there,” Birk said in 2013 when he refused to meet with Obama. “I would say this, I would say that I have great respect for the office of the Presidency but … our president made a comment in a speech and he said, ‘God bless Planned Parenthood.’

“Planned Parenthood performs about 330,000 abortions a year,” Birk continued. “I am Catholic, I am active in the Pro-Life movement and I just felt like I couldn’t deal with that. I couldn’t endorse that in any way.”

Birk previously spoke at the March for Life.

“I don’t think I’m a superstar by any means, but I’m glad (for) the platform that football allows me. I’m glad to use it to support causes that I passionately believe in and this is one of them. For me, it comes down to what’s right and what’s wrong – what’s God’s will and what’s not,” Birk said.