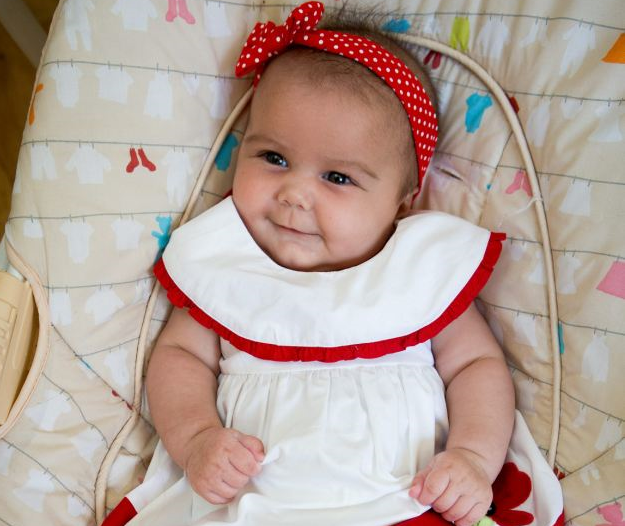 Doctors told Michelle Hui that she had miscarried her unborn baby about six weeks into her pregnancy.

Hui had experienced severe abdominal pain on her way to work one day and then began to bleed – both common signs of a miscarriage, The Weekly Observer reports.

Everyone, including doctors, thought she had lost the baby. But nearly two weeks later, doctors confirmed that she still was pregnant.

The Irish mother and her husband, Ross, now have an 18-month old girl, Megan, their third child, who survived nearly impossible odds in the womb.

The couple said they were so excited when they learned that they were expecting their third child. But six weeks and two days into the pregnancy, Hui said she began to bleed and experience abdominal pain. Ross said he rushed Michelle to the hospital where doctors told them what they had suspected: Their unborn baby was dead. Doctors gave Michelle drugs to expel her dead baby’s body, the same drugs commonly used in abortions, according to the report. She said she took them, trusting that the doctors knew what was best for her.

The next day, Michelle said she met with friends and drank some wine as she mourned the loss of her child.

Later, she said she took another pregnancy test, at her doctor’s instructions, to make sure there were no “residual signs of pregnancy.” The test showed positive, and 10 days after taking the abortion drugs, the hospital staff discovered that she was still pregnant.

The baby that she miscarried had a twin.

Doctors in the hospital control Michelle’s belly by ultrasound for the last time before going to the uterine scratch and finding the heartless fist of an embryo! Michelle is pregnant despite miscarriage and abortion. It turns out she was originally pregnant with twins, but only one was expelled. How the second baby managed to survive, even doctors can not explain!

“The doctor went out and returned with an older colleague who rehearsed the process and then said, ‘You will not believe us, but we have a heartbeat.’ That was the best feeling I ever had,” says Michelle. In the end, the baby Megan was born healthy and left the doctors and parents speechless.

The family’s story has a bittersweet ending. They had two unborn babies: One died and one survived. Both were valuable human beings. Thankfully, the abortion drugs did not affect Megan, and today her family can celebrate the miracle of her life.