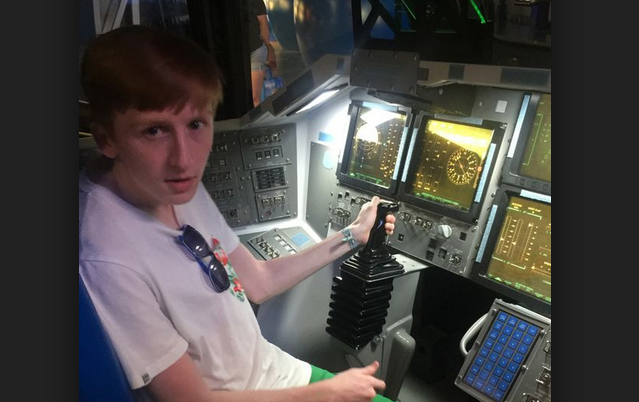 Last week, the death of 19-year-old Tommy Swales made headlines in the UK. He had been diagnosed with Friedrich’s ataxia – a rare genetic disorder that causes heart disease and a gradual loss of mobility – four years ago. The teen fell easily and walked with a slouch, using a backpack to hide it. Those close to him were asked not to acknowledge his condition. The sudden change in his abilities caused him to become withdrawn, depressed, and isolated. He reportedly researched the assisted suicide organization Dignitas. While the family was out for the afternoon, he took his own life.

My first reaction to this story is grief. A young man who should be excited about everything life has to offer does not get to partake in it. His family and friends are left to mourn and wonder what could have been. Stronger than the sadness, though, is my frustration at the combination of factors that pushed him over the edge.

He told his mother, Michelle, about his greatest fear: having to use a wheelchair for the rest of his life. Before his death, he traveled to the United States, attended concerts, and cheered on his favourite soccer team – all activities he feared missing once he relied on a mobility device. After living without a disability for so long, learning to navigate the world all over again might seem overwhelming…but it is possible. Why didn’t anyone tell him that wheelchair users of all ages can still travel, work, and have active social lives? No mention was made of referrals to disability supports after his diagnosis. He also refused assistance from mental health professionals. Like many other youth with disabilities, he was isolated from a larger community that could have given him hope for the future.

The most concerning part of the story is his mother’s response. In statements given to media, Ms. Swales said, “Tommy tackled life with a quiet dignity and amazing strength and courage. We take comfort from all of this, alongside the knowledge that Tommy is where he wanted to be.” She noted that although people who have depression should reach out for support, her son was “different” and “didn’t want help” for his suffering.

I am floored that his death was accepted so casually. No one would express relief at a non-disabled person’s suicide. It seems everyone involved saw disability as a fate worse than death. Why did the family go along with this? If the average teen’s desire to die was treated the same way, outside authorities would intervene. As stories like Jerika Bolen’s demonstrate, disability is the only “acceptable” reason for a young person to end their life. Friedrich’s ataxia was the diagnosis he received. Ultimately, it was society’s bias against disability – and the fear of having to contend with this bias – that drove him to despair. He was not the first to respond this way; nor will he be the last.

Life with a disability is nothing to fear or be ashamed of. How many more lives will be lost before this is understood?