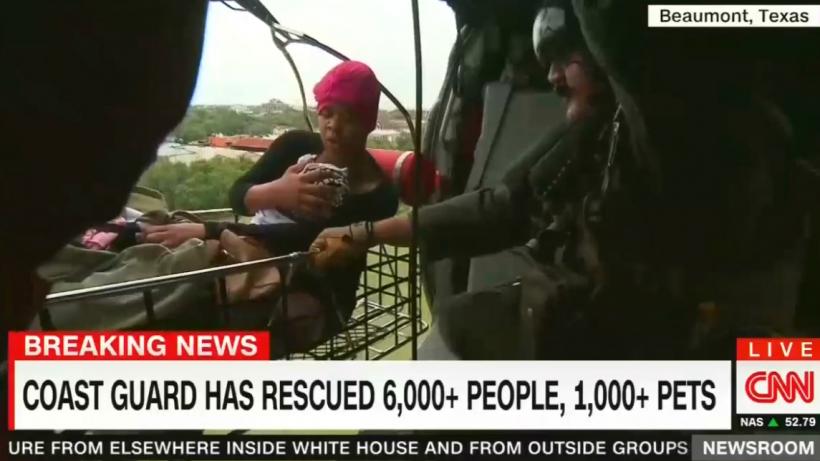 As residents and first responders scramble to save lives in Texas, one feminist is concerned about something entirely different. On Thursday, writer Verónica Bayetti Flores asked Americans to help hurricane victims in Texas – by donating money for abortions.

May I suggest that, among your donations for #Harvey relief, you consider also donating to a Texas abortion fund? This, too, is needed.

“May I suggest that, among your donations for #Harvey relief, you consider also donating to a Texas abortion fund?” the former columnist for Feministing tweeted. “This, too, is needed.”

But that was just the beginning of her Twitter plea.

Besides writing for feminists, Bayetti Flores co-hosts a “Latinx music podcast” and serves as managing partner at the Center for Advancing Innovative Policy where she describes herself as a “New York City-based queer, immigrant Latina.” She also (surprise, surprise) is co-president of the Board of Directors at the National Network of Abortion Funds.

On Twitter, Bayetti Flores went to outline why money is needed for abortion at a time when people’s homes are flooded and families are mourning the loss of their loved ones.

Plus, she blamed Harvey for raising the cost of abortion.

“Every week beyond 12 weeks of pregnancy means it gets more expensive,” she complained. “For most people, the cheapest legal & safe options are still too expensive. So a missed appointment can be devastating if you’d just managed.”

For most people, the cheapest legal & safe options are still too expensive. So a missed appointment can be devastating if you’d just managed

And, she added “mass missed appointments” or “disaster situations” also translated to longer waits. And if “any clinics had to close due to flood damage ppl will have to travel to get the care they need” which “adds gas, lodging, lost wages.”

This is why, she next tweeted, “narratives around climate disaster are deeply tied to repro oppression.”

She went on to list five different groups to donate to that would “help ppl w the cost of procedures, and also lodging, travel, transportation day of” in Texas. “They truly help w ACCESS on all levels,” she hyped.

In the past, Bayetti Flores has written on abortion. In 2016, for Rewire, she even insisted on calling abortion an “social good.”