When Shona Jeffery’s water broke 22 weeks into her pregnancy, she was told that her twin babies were too young to survive.

Doctors at Darent Valley Hospital in Kent, England said they would not attempt to save the babies’ lives when they were born. However, the twins unexpectedly stayed in the womb another few days, giving doctors hope that they could be saved, The Sun reports.

Twins Dolly and Albert were born after just 23 weeks in the womb in November, but they now are doing well at home with their family.

“They are definitely our two little miracles,” their mother said.

Jeffery said she did not have any problems with her pregnancy prior to 22 weeks. When her water broke at 22 weeks and six days, she said she and partner, Darren Turrall, feared that their twins would die.

Doctors confirmed as much at the hospital, saying the twins were too young to survive if they arrived that day. But the twins stayed in the womb longer than expected. 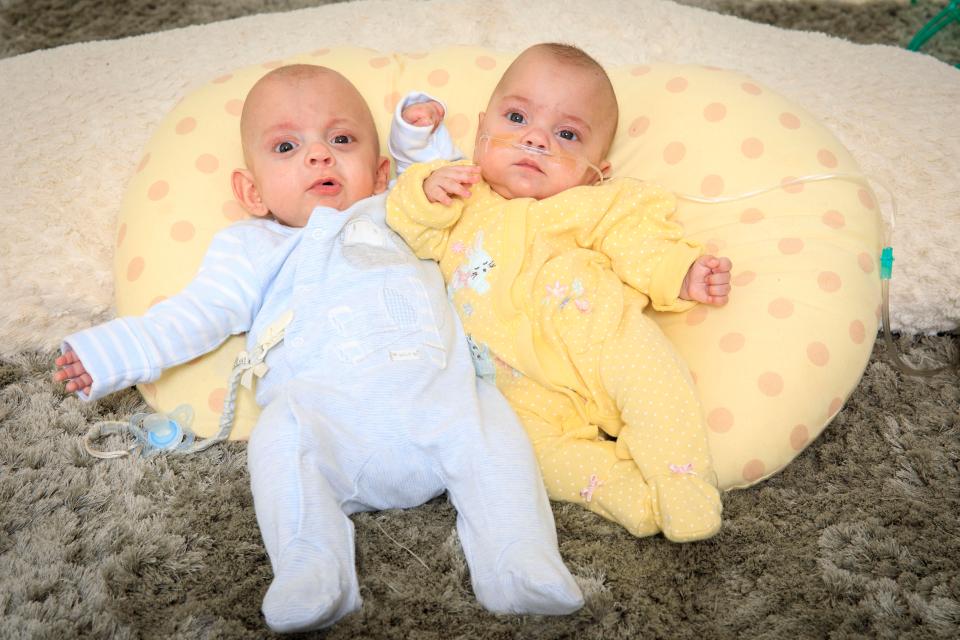 Miraculously, despite her waters breaking and contractions starting the tots did not arrive.

As the clock struck midnight they were given a glimmer of hope.

The pregnancy had reached 23 weeks – one week shy of the 24-week legal limit for abortions in England and Wales.

Doctors said they were willing to intervene and there was a slim chance they could save them.

“That was when the real battle began. Watching them fighting for their life each day,” their mother said. “But every day they grew a little bit more and became a little bit stronger.”

Both twins underwent surgery before they were well enough to go home, but they fought through each battle and won. Albert went home from the hospital in March, and Dolly finally was well enough to join her brother and parents at home in June, according to the report.

“Against the odds our little miracles have survived and shocked everyone and have come home,” their father said. “Every doctor we have spoken to said we should count our lucky stars. They are just so precious to us.”

The twins were born a week before the legal abortion limit in England, and many families are advocating for the laws to be changed because of cases like the twins’.

Twins Imogen and Annabelle Weir are another example of babies surviving before 24 weeks. Born at 23 weeks in April 2016, they are believed to be the youngest and smallest twins to be born and survive in Scotland, according to the BBC.

Their mother, Claire Weir, recently told reporters: “The consultant told us that if the girls had been born just two years ago they wouldn’t have survived — that’s how fast medical technology is advancing. They have surprised everyone. They will always be our little miracles.”