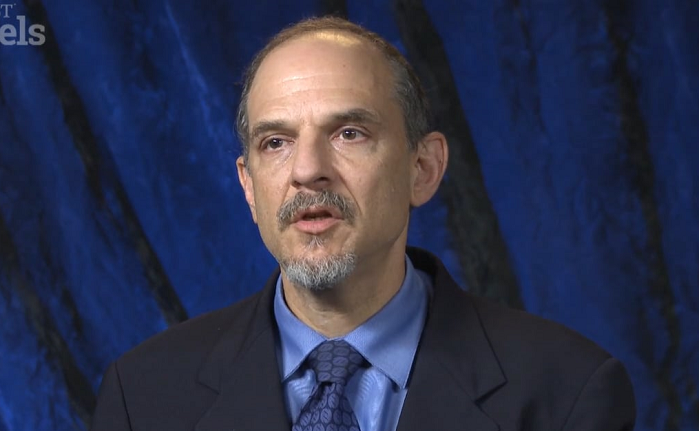 It’s not often that we get a glimpse into the assisted suicide movement from the perspective of a medical professional who actually participates in terminating the lives of the terminally ill. Most seem to prefer anonymity.

But in a fascinating American Society of Clinical Oncology Post interview, “Examining the Impact of ‘Death With Dignity’ Legislation.”  oncologist Charles D. Blanke, MD, FACP, FASCO talked not only about his recent medical journal article “Usage of Oregon’s Death with Dignity Act” but also his surprises and concerns about the almost 20 year old Oregon law.

When Dr. Blanke was asked by Jo Cavallo if anything had surprised him about the findings in his article, he replied

“I was a bit surprised by how rarely the prescribing or consulting physicians refer patients for a psychiatric consultation. According to our study, only 5% of patients received these referrals. In national surveys, many psychiatrists say that depression among terminally ill patients would disqualify them from participating in physician-aided death.

When asked about the spike in the numbers of lethal prescription in the last two years of his study, Dr. Blanke replied that

“There are several factors, including greater national awareness of this issue and the fact that there are several other states now with this legislation in place. Also, some of the medical societies that formerly opposed the law, such as the American Medical Association, have softened their stance and agreed to study whether they should be neutral on physician-assisted death.” (Emphasis added)

Sadly, while Dr. Blanke says he is a big supporter of palliative care, he went on to also state:

“However, I strongly feel that there are some patients you simply cannot palliate. They have concerns about their quality of life and their ability to do the things they enjoy, they are suffering relentlessly, and they want to take back some control over their life. Physician-aided death not only doesn’t cause harm, in my estimation, it can give people that extra bit of control over their life, including the 33% of patients who fill the prescription but never take it. Just having the prescription on hand gives patients an immense feeling of control and comfort. (Emphasis added)

On informed consent, Dr. Blanke does acknowledge that

“There certainly is worry that a family member might push the medication on a patient because of financial concerns, but that scenario is harder to measure. Rarely, you do get a sense that there may be some outside pressure on patients to take the medication” (Emphasis added)

Instead, Dr. Blanke says that in his experience, it usually is the patient who wants the lethal overdose and the family members who oppose it. Ironically, assisted suicide laws do not require even notification of family members-at least until after death.

And on conscience rights for those medical professionals who refuse to participate or refer, Dr. Blanke states that:

“Physicians have an ethical obligation—not to offer the option, if they are personally opposed to it—but to understand what the process entails, to be knowledgeable enough to explain to patients the pros and cons of their decision, and to refer them to a physician if they still want to pursue physician-assisted death….Sticking your head in the sand and refusing to take part at all during this critical time in a patient’s care does a huge disservice to that patient.” (Emphasis added)

Yet, responding to a question on the ethical or moral dilemmas assisted suicide laws pose for oncologists, Dr. Blanke states

“We have patients who are suffering horribly, and we are helping to end their suffering, so I don’t see how that can be construed as harming our patients.

However, physicians are also faced with the reality of giving a patient a medication that is guaranteed to kill that patient, and regardless of your position on these laws, taking that action is very challenging for any human being, let alone a physician. ” (Emphasis added)

Over the years, I have seen some of my health care colleagues–like the general public–begin to tentatively approve assisted suicide in the usual polling question about a hypothetical case in which a person is terminally ill and in “unbearable pain.”. (Ironically, Oregon’s law does not even mention “pain” or “suffering” as a necessary criteria to be approved for assisted suicide.)

But I found there are very few fellow professionals who are actually willing to perform or even witness such a death. This is apparently why Compassion and Choices, the former Hemlock Society, also needs to provide help in finding doctors to write lethal prescriptions.

LifeNews Note: Nancy Valko, a registered nurse from St. Louis, is a spokeswoman for the National Association of Pro Life Nurses.