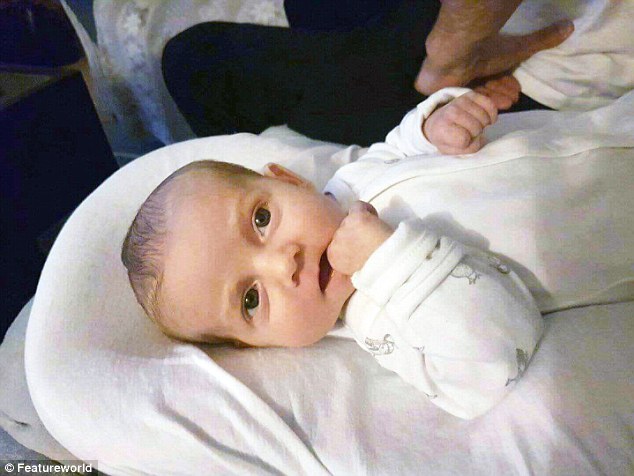 Days after Kansas achieved a landmark law for parents’ decision-making authority governing hospitalized children, another baby and his parents are losing their fight with a London hospital to bring their ailing son to the U.S. for treatment.

On April 7, Kansas’ Gov. Sam Brownback signed “Simon’s Law,” to insure parents can reject hospital DNR (do not resuscitate) orders for their children. The law was instigated by the parents of Simon Crosier– an infant denied the right to live by a hospital DNR — based on bias against Simon’s life-limiting condition, Trisomy 18.

During consideration of the bill, and despite documented evidence to the contrary, there were plenty of denials that hospitals would ever overcall parents’ wishes on treatment to preserve life.

Yet consider this currently-unfolding tragic scenario as reported by the BBC and other UK media.

Connie Yates and Chris Gard’s eight-months-old son, Charlie, has been in Great Ormond Street Hospital (GOSH) hospital since October for treatment of a rare condition that causes progressive muscle weakness. Charlie is believed to be one of only 16 known babies ever to have had this mitochondrial-depletion disease.

As reported by the BBC April 3, there was “no evidence that he is in pain on a regular basis.”

Charlie’s parents have now raised over 1.3 million pounds through a “GoFund Me” campaign to be able to bring Charlie to the U.S. for pioneering treatment called nucleoside therapy.

Ms. Yates said, “the support and phenomenal kindness of countless people has been a source of strength.”

“We just want to have our chance. It would never be a cure but it could help him live. If it saves him, amazing. I want to save others. Even if Charlie doesn’t make it through this, I don’t ever want another mum and their child to go through this.”

But the London hospital won’t let them remove Charlie, concluding there is no “accepted cure.”

The parents took legal action but the High Court sided with the hospital on April 11. The BBC headline was dire, “Doctors can withdraw life support from a sick baby with a rare genetic condition against his parents’ wishes.”

The language used to officially overcall the rights of parents uses now-all-too-familiar terms.

High Court Justice Nicholas Francis of the Family division made the fateful ruling that Charlie be moved from life-support to a palliative care regime and be allowed to “die with dignity.” And even after Justice Francis admitted that experimentation might benefit medical science, he asserted it could not “benefit” Charlie.

Justice Francis had seen Charlie at GOSH, and said it has been his “sad duty” to apply the law relating to disagreements between parents and hospitals. He expressed his “complete conviction” that it was in the “best interests” of the child to let him “slip away.”

But this was no mere settlement about what GOSH could or should provide.

This is an imprimatur on whether a child with a life-limiting condition, once admitted to a hospital, can leave!

On Tuesday, April 25, in the House of Commons, MP Ruth Cadbury spoke up for the plight of her constituents, Charlie’s parents. She urged the justice secretary to use “any powers to intervene…to do the right thing.”

The plea was immediately rejected.

Charlie’s parents, Chris and Connie, “are devastated” by the decision, and have until Tuesday, May 2, to file an appeal, said their attorney, Laura Hobey-Hamsher.  “They are struggling to understand why the court has not at least given Charlie the chance of treatment in America.”

The neurologist who would oversee the experimental treatment had testified to the court that while Charlie was in the “terminal stage” of his illness, treating him would be compassionate.

That notwithstanding, the hospital refuses to discharge Charlie and the High Court has decreed Charlie move to “a palliative regime.”

Tragically, British hospitals and government have ruled that Charlie Gard must die.