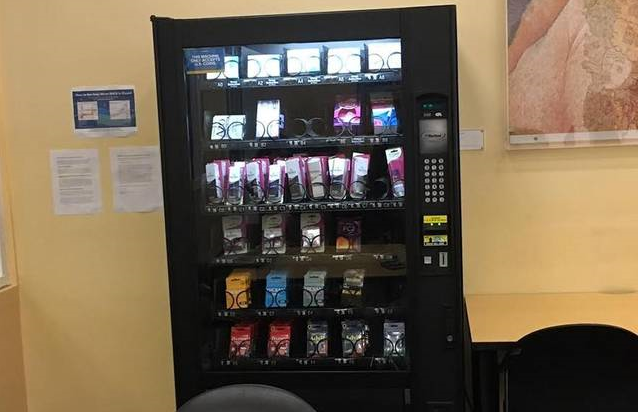 Students at UC Davies University in California can now purchase the morning-after pill from a vending machine on campus.

The “Wellness to Go” machine sells the emergency contraceptive (known as Plan B in the States) as well as condoms, sanitary products and painkillers.

“I believe most of the college students are sexually active on college campus, which means we should have more resources and more talk on these issues, decreasing the stigma,” said senior Parteek Singh, 21, who spearheaded the move to install the vending machine.

In America, ’emergency contraception’ became available to women of all ages without a prescription in 2013.

Kristan Hawkins, head of Students for Life of America, opposed the move, saying: “Colleges and universities should be offering pregnant and parenting students options of housing, financial aid, diaper decks, and childcare instead of handing over abortion drugs.”

What is Plan B?

The drug used in Plan B, Levonorgestrel, is a progestin, and it is not known exactly how it works. There is debate on whether ’emergency contraceptives’ are abortifacient, and if so, how often, but information on the drug says that it may alter the lining of the uterus to prevent implantation should fertilization occur.

A journalist writing in the Metro has already called for the idea to be imported to the UK, calling it the the “world’s best and most sensible vending machine”. Currently, a consultation with a pharmacist – who asks about the woman’s medical history and ensures that the pill is safe for her to take – is necessary to acquire it. BPAS has called for it to be sold off the shelf like aspirin, which opponents say would present real dangers to the women involved.

SPUC’s Communications Officer Alithea Williams said: “This shows just how casual the attitude to life is becoming. It’s a distinct possibility that this medication causes an early abortion, so making it available like sweets is completely inappropriate. Allowing students to so easily access a potent drug with no checks as to whether it’s suitable for them also shows a complete disregard for their health. This must not be allowed to happen in the UK.”