The new Center for Medical Progress video shows a conversation between two undercover journalists and an abortion practitioner, Dr. DeShawn Taylor. Dr. Taylor is the former medical director for Planned Parenthood Arizona. Here are the most important points to note from this video.

#1: Dr. Taylor strongly implies that she will kill a born infant that survives an abortion if she thinks she can get away with it

This is the most damning point in the entire video.

Buyer: Do you [use] dig[oxin to kill the fetus]?

Buyer: Because that’s the other thing, because dig[oxin] ruins the integrity of the specimen.

Dr. Taylor: Oh, I mean, so the thing is, it’s really, and then that’s really an issue because in Arizona, if the fetus comes out with any signs of life, we’re supposed to transport it. To the hospital.

Buyer: At any gestational age?

Buyer: Is there any standard procedure for verifying signs of life?

Dr. Taylor: Well the thing is, I mean the key is, you need to pay attention to who’s in the room, right? And like, you know, because the thing is the law states that you’re not supposed to do any maneuvers after the fact to try to cause [fetal] demise. So it’s really tricky. It’s really tricky so, most of the time we do dig, and it usually works. And then we don’t have to worry about that because Arizona state law says if any, if there’s signs of life, then we’re supposed to transport them. To the hospital.

Defenders of Dr. Taylor will be quick to point out that she never actually said she has ever killed born infants that survive abortion, which is true. The question is, what else could that implication mean? Dr. Taylor’s response to whether there’s a standard procedure for verifying signs of life of a child outside the womb is to point out that it depends on who is in the room. Why would your response to a born child outside the womb change depending on who is in the room? The only plausible explanation is that it depends on whether you can get away with breaking the law.

#2: Planned Parenthood’s staff are consistently extremely callous in the way they talk about killing the unborn

The shocking callousness of Planned Parenthood’s staff was one of the reasons CMP’s first two undercover videos got as much attention as they did. Watching this new video is an important reminder that the abortion industry has no respect for the unborn. Many pro-choice students I’ve talked to truly believe that abortion is a sad, ugly thing, but that it’s a necessary evil. They wouldn’t outlaw abortion, but they also don’t think it’s good fodder for cracking jokes.

I think the reason the people in these videos come off as so cold and gross is that in order to work in the abortion industry, you have to sear your conscience at a very deep level. Consider what we learn about the experience of an abortion practitioner who does a D & E abortion from Dr. Warren Hern, who wrote the textbook, Abortion Practice. In a 1978 lecture called “What About Us? Staff Reactions to the D & E Procedure” that he gave at the Association of Planned Parenthood Physicians convention in San Diego, he said:

Dr. Hern: We have reached a point in this particular technology [D & E abortion] where there is no possibility of denial of an act of destruction by the operator. It is before one’s eyes. The sensations of dismemberment flow through the forceps like an electric current.

They cannot deny it, so they rationalize it and twist their consciences. Eventually some abortion practitioners become so numb to the slaughter that it doesn’t feel weird or off-putting to make jokes about it.

Dr. Taylor: You know, sometimes too, just the patient, the way that they respond to the medication, things happen quicker than usual. So that happens. I’m like sh-, hahaha.

The implication of “sh-” is that she’s about to curse but she doesn’t complete the word. It is clearly stated as a joke.

At 7:28 she jokes about how much strength it takes to perform a D & E, remarking that she needs to “hit the gym”:

Dr. Taylor: Research shows that dig[oxin] doesn’t make the procedure easier in someone who is well trained, but I have to tell you anecdotally, my biceps appreciate when the dig[oxin] works [to kill the fetus]. Hahaha.

Dr. Taylor: It does not take me any longer to complete the procedure, but it is, it takes more force. 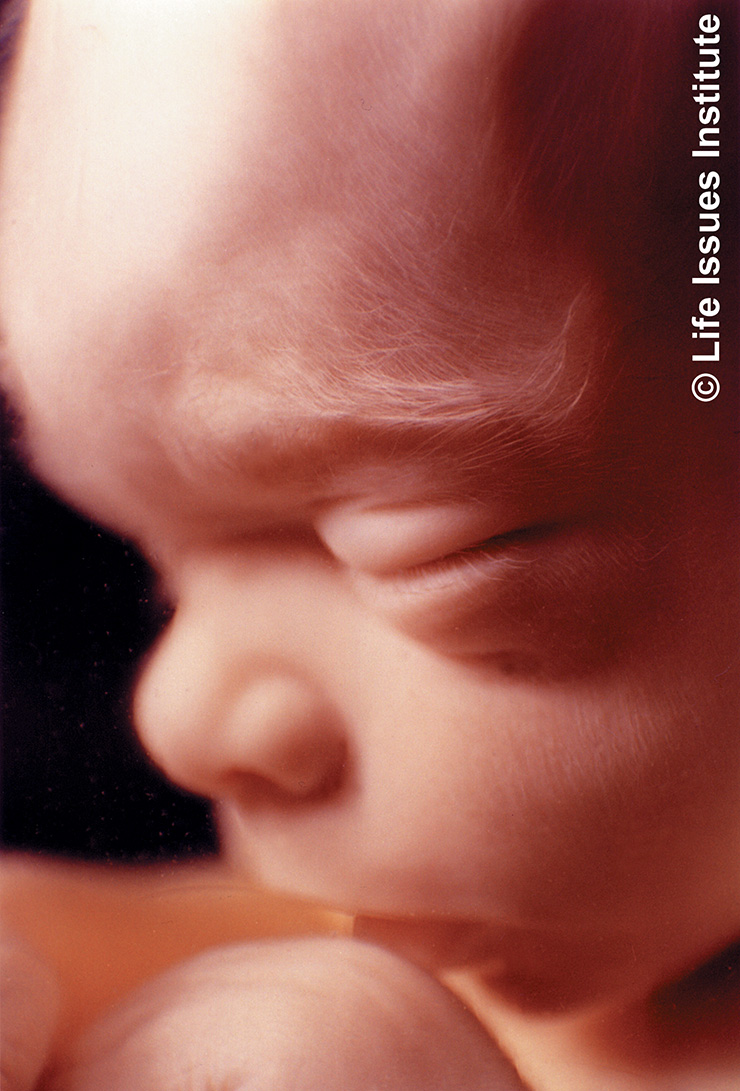 Buyer: What gestation does it start getting really difficult?

Dr. Taylor: We have the people who do our paperwork for the fetal death certificates. They email us calling them ‘babies.’ Baby this, baby that, baby so-and-so. And I’m like, that’s creepy.

#3: Dr. Taylor intentionally tries to avoid second trimester fetuses coming out intact because it looks so much like a baby that it makes her own staff uncomfortable

Dr. Taylor: Now the thing is, I don’t do inductions so, like my technique is, a disarticulation [dismemberment] technique, so there would have to, we’d have to kinda talk about exactly what it is that you’re needing, because…part of the issue is, it’s not a matter of how I feel about it coming out intact. But I gotta worry about my staff, and people’s feelings about it coming out looking like a baby.

Buyer: That’s interesting that there’s kind of an issue with the staff, to have to kind of protect their comfort level.

Buyer: Do you ever find yourself in a situation where it would be easier if you know this case kind of wants to come out intact, but you’re kind of like, you have to make sure it doesn’t so the staff doesn’t freak out?

Dr. Taylor: Well, I mean, that’s one, and another issue is Arizona is so conservative, I don’t even want to send a full fetus to, for cremation or any of that.

Again, the thing that Dr. Taylor finds creepy is someone calling an unborn baby at 22 weeks from fertilization a baby, even though it looks so much like a baby that she dismembers it to prevent her staff from empathizing with it and getting upset.

#4: Dr. Taylor implies that she is interested in selling baby parts for a profit, not just getting reimbursed

The evidence here isn’t as strong as some of the previous videos, where Planned Parenthood staff members made statements like, “I think for affiliates, at the end of the day, they’re a non-profit. They just don’t want to…they want to break even. And if they can do a little better than break even and do so in a way that, you know, seems reasonable, they’re happy to do that,” or, “I think a per item thing works a little better, just because we can see how much we can get out of it.”

In this video, the buyer describes how they want it to be a partnership that benefits everybody while Dr. Taylor nods along.

Buyer: I mean, so we return a portion of our researcher fees to the clinics,

Buyer: and private practices that work with us,

Buyer: Just cause, if we’re going to come in and do all that, we want to make it worth it, you know worthwhile.

Buyer: For you and make sure that it’s a partnership that benefits everybody.

#5: To Dr. Taylor’s credit, she doesn’t appear to be willing to change an abortion procedure to harvest baby parts without the consent of the patient

I think this is worth mentioning because the two major legal challenges to Planned Parenthood from the first set of videos were that they were 1) selling, not donating, baby parts, and 2) changing abortion procedures without patient consent in order to procure profitable baby parts. Given that context, it’s fair to acknowledge that Dr. Taylor does not appear to be guilty of the second of those charges.

Dr. Taylor: For the most part, in general unless there’s like complete dilation that’s going to allow the head to come out, there’s going to be some level of decompression on the way out. Even if I have not completely, I might use my instrument to try to do that. But again, in a, in a patient who you know, is consenting to that, then, you know, then you know it might take a little bit longer. The, yeah so I mean, I think it’s worthwhile to explore.

Dr. Taylor: So, I mean, there are a lot of variables that come into play. Now, for example, if we have a patient who signs the consent [form], then we can have a conversation about, ‘we’ll do some additional preparation’ to try to have, you know, a certain thing occur, right? Um, but, so I mean there, there, there is some flexibility in it, if we’re preparing and we know a patient wants to be a part of it, then we do things accordingly.

Last year by the time the CMP videos stopped coming out, it was remarkable how little interest they were getting compared to when they started. I suspect many of us were too emotionally fatigued to handle it.

Resist the temptation to ignore new damning videos of Planned Parenthood. Share this video far and wide, and don’t let President Trump off easy for his campaign promises. Demand that he defund Planned Parenthood and hold them accountable for their illegal actions.

The post “Five Takeaways from the New Undercover Video from Center for Medical Progress” originally appeared at the Equal Rights Institute blog.