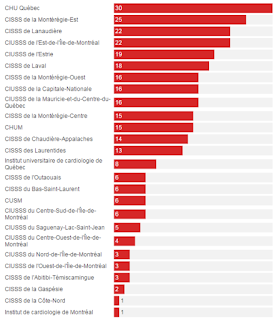 CBC news reported (March 14) that the number of euthanasia deaths in Québec significantly increased in the second half of 2016. According to the CBC news report:

A total of 461 patients were granted doctor-assisted death during the first year of Quebec’s medical aid in dying law, according to data obtained by CBC’s French-language service, Radio-Canada.

The number of requests increased significantly in the second half of 2016. From December 2015 to end of June 2016, 253 patients requested the procedure, and 166 of them underwent it.

Between June and December 2016, 468 people made requests for medically assisted dying, with 295 of them undergoing it.

Similar to other jurisdictions, euthanasia is introduced under the guise of a strictly regulated law whereby lethal injection will be presented as a “final alternative,” but overtime, it becomes more accepted, promoted and it becomes common.

Five health services centres in Quebec saw substantial increases in the number of requests they were receiving, a rise of more than 200 per cent.

For example, the West Island Integrated University Health and Social Services Centre (CIUSSS) saw an increase of 266.7 per cent after the first six months.

Meanwhile, the data shows the rate of acceptance varies based on where the request is made.

The 6 months report indicated that 14% of the euthanasia deaths were non-compliant with the law.