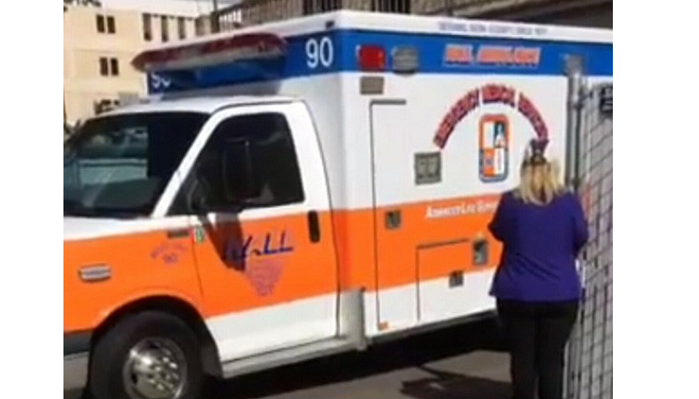 For the fourth time in five weeks, the FPA Women’s Health abortion facility in Bakersfield, California, has summoned an ambulance to transport an abortion patient to the hospital to receive emergency care for complications that the abortion facility could not provide.

The incident took place on Saturday, February 18, 2017, just 14 days after two FPA patients were hospitalized within an hour of each other on February 4.

Operation Rescue is issuing an Urgent Public Safety Advisory to women seeking abortions in the area of Bakersfield, California, due to the frequency of medical emergencies at this abortion facility that have required emergency intervention and hospitalization.

“We urge women considering abortions not to visit the FPA Women’s Health abortion facility in Bakersfield. There are serious concerns about patient care standards at this facility, which is hospitalizing far too many women within a very short period of time,” said Troy Newman, President of Operation Rescue. “Instead, we encourage pregnant women to seek assistance from pregnancy help centers, which have never harmed a woman.”

Pregnancy help centers in the Bakersfield area may be found at this link.

A pro-life activist on the scene, Nick Diercks, recorded the incident on Facebook Live. During his narrative, he noted that he hoped that his video would help people understand the reality of what actually happens at abortion facilities, and that it would inspire others to go out to their local abortion centers and pray for the women and babies.

Other incidents occurred on the following dates:

• January 10, 2017: A woman was extracted from the abortion business completely wrapped in sheets without any visible signs of ongoing treatment. It is unknown if she was still alive.
• February 4, 2017: (First Incident) A patient was wheeled out of the abortion business and transported with no lights or sirens to Kern Medical Center.
• February 4, 2017: (Second Incident) A woman was transported by ambulance to San Joaquin Hospital’s emergency room. She was covered in a sheet, but was obviously receiving ongoing medical care.

The abortionist for all four incidents was Donald C. Willis, who has been working at the Bakersfield abortion facility only since November.

According to disciplinary documents obtained by Operation Rescue, on September 20, 1993, Willis attempted to kill himself in a public park near his Oregon home by shooting himself in the forehead with a .22 caliber revolver. He survived and received months of in-patient psychiatric care. His Oregon medical license permanently restricted Willis to practice only under the supervision of another physician.

Willis relocated to California where he continues to operate without restriction or oversight.

“What is happening in Bakersfield can only be described as a public health and safety crisis. That abortion facility needs an army of protesters outside it in order to draw the community’s attention to the dangers there. We call on the California Board of Medicine to investigate Willis and his inability to keep his patients out of the emergency rooms,” said Newman. “We urge the California Department of Public Health to shut down the FPA Women’s Health in Bakersfield pending a thorough investigation, lest anyone else suffer or die.”