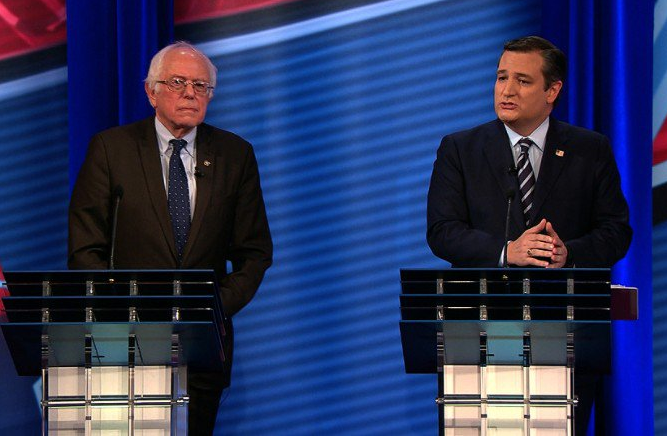 We all know that Sen. Ted Cruz owned Deadspin a few days ago. On Tuesday evening, he also owned Sen. Bernie Sanders (I-VT).

The two had a debate on CNN regarding the future of Obamacare. At one point, Cruz flipped the script entirely and said that he agreed with Sanders on one issue: the government is really corrupt. While he and Sanders both agree on this, Cruz thinks that it’s a clear sign that D.C. shouldn’t be given any more power–unlike what Sanders thinks.

I agree w @BernieSanders, DC is corrupt! But if the problem is that govt is corrupt, why on Earth would you want more power in Washington? pic.twitter.com/2HzthefikE