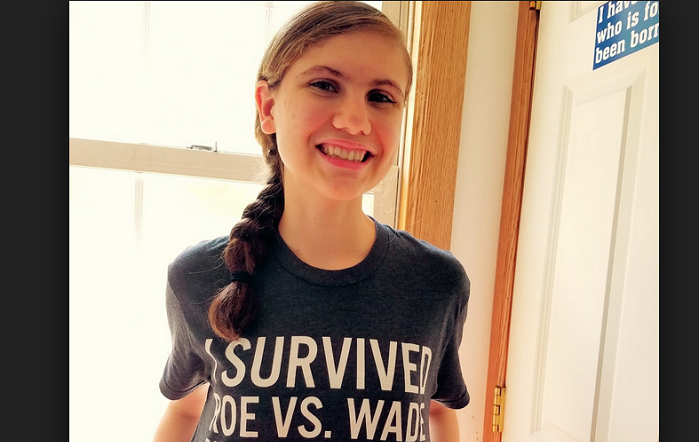 Jessica Resuta is a young woman with a clear talent for holding and engaging the interest of an audience with her captivating speaking style. She is a promising member of the Class of ’17—students who have never known a time when abortion was not legal.

And yet, Jessica opposes the 1973 U.S. Supreme Court decision Roe v. Wade. Why?

Emily Derois is a gifted young writer who has grown up in the post-Roe era. Poised and articulate, she describes herself as having a “passion for defending the helpless and the voiceless.”

That is why Derois is speaking out on behalf of the estimated 59 million unborn Americans who have lost their lives to legal abortion in the past 44 years.

Jessica and Emily are just two members of the chorus of voices who are calling for an end to Roe. These young women see Roe. as a fundamentally-flawed ruling which has decimated their generation—and left countless women grieving the deaths of their unborn children.

A survey cited by the Washington Times in June indicated a clear majority of Millennials believe in offering greater protection from abortion for pre-born children and their mothers. The poll found an astounding 53 percent of young Americans state that abortion should not be legal in all or most circumstances.

The trend is also seen at the annual March for Life in Washington, D.C., where it has been estimated that at least half of the marchers are under the age of 30. High school and college students come by the busload in a peaceful demonstration in defense of the sanctity of innocent human life, at all its ages and stages of development.

These are students whose first official portrait might have been the ultrasound picture posted on the refrigerator door of their family home. They have seen ultrasound videos of baby brothers, sisters, and cousins and have witnessed the humanity of the preborn child with their own eyes.

Outside the Supreme Court, they hear the eye-opening testimonies of the women of the Silent No More Awareness campaign. These courageous women had abortions, but now deeply regret them and want to spare other women the anguish of losing a child to the tragedy of Roe.

The young people who will be attending the March are a world and generations apart from the men of the Supreme Court who issued a ruling so extreme that it led to the brutality of partial-birth abortion—a practice in which a baby was partly delivered, then killed. It took an act of Congress—and a subsequent High Court ruling—to outlaw this outrageous procedure.

Nearly four and a half decades after Roe, momentum is growing to help the nation move forward. Technology has opened a window to the womb through 3D and 4D ultrasounds. Modern medicine is saving premature babies at earlier and earlier stages of development. Comprehensive support and assistance are available for women facing challenging pregnancies.

It’s time for the Supreme Court to follow the lead of Millennials and catch up with the times.