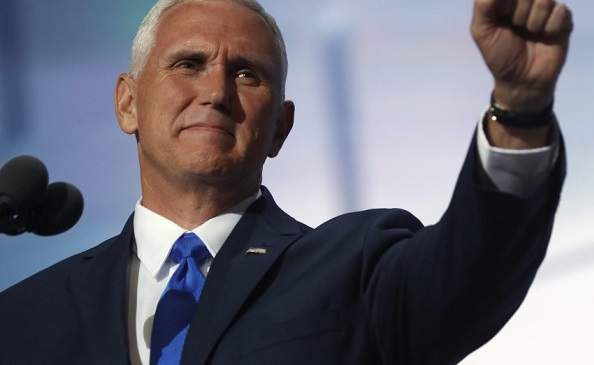 Since Americans elected Donald Trump to the White House last month, the abortion chain Planned Parenthood has collected hundreds of thousands of donations – including about 72,000 donations specifically made in the name of pro-life Vice President-elect Mike Pence, according to CBC News.

Abortion activists have been mocking Pence’s strong pro-life record by donating in his name to the abortion giant. The campaign began on social media about a week after the election, and a number of pro-abortion celebrities, including Amy Schumer and Amber Tamblyn, have participated.

In a statement, Cecile Richards, the million-dollar-salaried president of the abortion chain, said they are “so grateful” for the donations they have received since the election.

“We’ve stood defiant in the face of opposition for the last 100 years. We will never back down, and we will never stop providing the care our patients need,” Richards said.

Planned Parenthood is the largest abortion provider in the U.S., performing about 320,000 abortions a year. It currently receives about half a billion taxpayer dollars every year, despite numerous scandals involving potentially illegal sales of aborted babies’ body parts, Medicaid fraud and failures to report sexual abuse of minors.

The tax money Planned Parenthood receives is not supposed to be used for abortions, but evidence indicates that some of its abortion facilities are.

Planned Parenthood is hurting after it suffered huge losses in the Nov. 8 election. The abortion group spent approximately $30 million to elect pro-abortion Democrat Hillary Clinton and other pro-abortion politicians to Congress, but lost many of the races.

While Trump is a recent convert to the pro-life cause, Pence has been a long-time champion for the rights of unborn babies. He also worked to defund the abortion chain Planned Parenthood when he was a U.S. Congressman.

Earlier this year, Pence signed into law an Indiana bill to ban abortions based solely on an unborn baby’s disability, sex or race. As governor of Indiana, he also supported life-affirming pregnancy and parenting resources for women and babies.

In October, Pence told students at Liberty University in Virginia that he and Trump will work to defund Planned Parenthood.

“… Donald Trump and I believe that the largest abortion provider in America should not be the largest recipient of federal funding under Title 10. A Trump-Pence administration will defund Planned Parenthood and redirect those dollars to women’s health care that doesn’t provide abortion services,” Pence told the students.