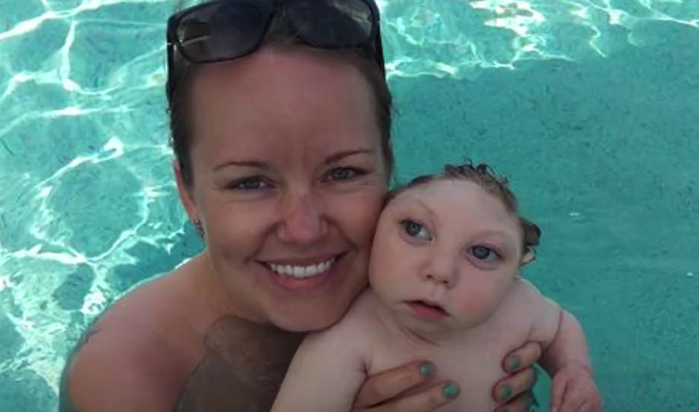 Days have turned into weeks and weeks into years for little Jaxon Buell, a Florida toddler whose parents were advised to abort him.

Jaxon, who was diagnosed with a rare brain malformation before his birth, recently celebrated his second birthday – a milestone that doctors thought he would never see.

“We celebrate Jaxon’s life every single day,” his parents, Brandon and Brittany Buell, told TODAY. “We try to make it special for him. Whether reading a book in his room or cuddling on the couch together, it’s the littlest thing, but for him, it’s the world.”

Jaxon has microhydranencephaly, a rare, often fatal condition where part of the brain is missing. According to the Buells’ doctors, Jaxon is missing 80 percent of his brain. The Florida family previously told Fox 29 News that they have received criticism for not aborting Jaxon; but the Buells said life was “our only choice.”

As LifeNews previously reported, doctors gave Brandon and Brittany a grim picture of their son’s future: “They told us he wouldn’t hear, see, or have any senses. He wouldn’t tell us he was hungry. He may not do any of life’s normal luxuries. Early on it was very tough for us. It was tough not knowing what we were gonna get and we could lose him at any time.”

Today, the family said Jaxon can do all of those things.

When people are talking to him, he’s following conversations with his head turns. He recognizes his name — if we say Jaxon, he starts to smile. He’s getting better with his hands. If we play noses, he’ll reach his hand up to grab our faces.

Those seem like very, very small things for a typically developing child, but for him, those are milestones.

We try to do tummy time every single day to strengthen him. He doesn’t love it. He will always let us know if he’s loving a situation with smiles or squeals of delight. If he’s not happy with what we’re doing, like when we’re brushing his teeth, he’ll yell at us with a cute little frustrated voice.

On Aug. 27, they celebrated his second birthday. The Buells said their son has had a number of ups and downs, and he does experience seizures daily; but otherwise he is happy and healthy. They do not know how much longer Jaxon will be with them, but they said they are striving to provide him with the best care.

“There’s a miracle behind Jaxon’s story,” Brandon concluded. “We want to let other families know that even when there’s a dark situation, every life should be celebrated, valued and cherished. You never know. Jaxon is proving that.”