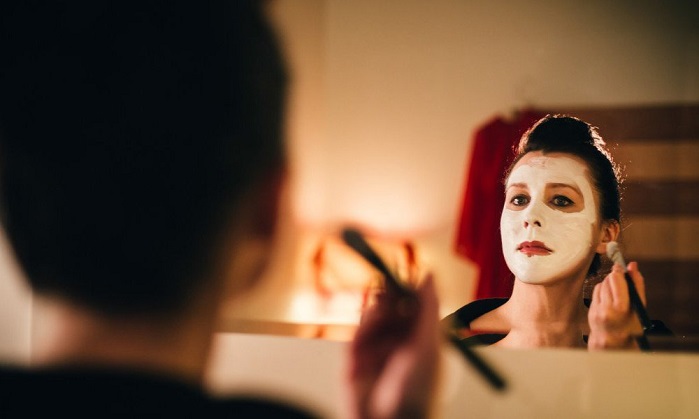 Can we please stop infantilizing pregnant women and instead start viewing them as the psychopathic murderers they really are?

Well, English actress and comedy writer Alice Lowe is off to a good start, as she talked about her slasher pregnancy film Prevenge in an interview with Vice published on September 19. The main character, played by pregnant Lowe, is a visibly pregnant woman who believes her unborn baby is telling her to murder people. So she does. Lowe described her desire to “shake up people’s preconceptions of pregnant women. And pregnant women as these soft, harmless things…” They’re really more like ruthless murderers, and they deserve to be treated that way!

Vice interviewer Christine Estima added, “There’s something about the people that she kills, where it’s almost like they deserve it.” Let’s not just change our preconceptions about pregnancy, but morality too!  “Selfish bastards” should be murdered, after all. Lowe agreed, describing the protagonist as a “lovable psychopath,” and hoping that the audience roots for the murderer.

Lowe wants to teach “the audience that hopefully the character doesn’t have to make the expected decisions, but you understand the decisions, even if you don’t approve of them.” Lowe was unhappy with the sexist trend of evil yet likeable male protagonists while female characters are hated for being “slightly rude.” She wanted the same treatment for a woman protagonist – so she created an unlikeable female that people would still support.

At one point in the movie, a victim says, “you’re insane,” and the reply is, “I am a working mother.” That’s one way to celebrate hard-working mothers. Lowe explained, “I dunno. Maybe the demands that children place upon you, or that society expects you to meet are unrealistic to the point that they can push you to insanity.” Apparently women who are able to raise children while working are dangling on the edge of sanity.

“I see her as an anti-superhero,” Lowe said, “the things that we perceive as weaknesses in women or pregnant women, vulnerability, fragility, hormonal excess, they’re super powers to her almost. Turning that into strength from a weakness, people are not used to seeing that at all.” Because nothing’s more empowering to women than a pregnant woman murdering the innocent people around her.

At the end of the interview, Lowe added, “Some people have said to me that they’re scared to go home to their pregnant wife. As they should be.”

Be careful about pampering your pregnant wife. She may just murder you.