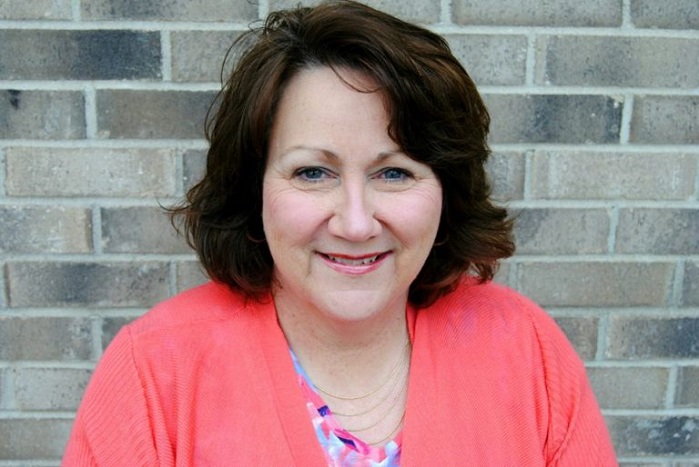 Sue Thayer worked at a Planned Parenthood center for almost 18 years, thinking she was helping women and girls receive the health care they need. Through the years, however, she became more and more troubled about the way the abortion chain operates.

Thayer walked away from Planned Parenthood in 2008, and now she is a pro-life speaker, pregnancy center founder, lead strategist for Iowa Right to Life and a foster mom.

“No person, no business should view a woman’s body as a profit center, yet that is exactly what Planned Parenthood does,” Thayer wrote last year in an opinion column for The Des Moines Register. “As the former director of two Planned Parenthood clinics in Iowa, I know first-hand how massive are the profits and how terrible are the costs generated by their predatory practices on women and girls. And all the while, our tax dollars have been helping them do it.”

Caffeinated Thoughts recently wrote this about Thayer, who is scheduled to speak at an upcoming worldview conference in Iowa:

Thayer’s passion for children has led her to be a foster parent to over 130 children, spanning the past 26 years. Her own large family is a delightful blend of cultures, including 3 adopted children. She is a tireless advocate for children, with a special love for the unborn. Sue’s unique experiences give her a distinctive viewpoint on life issues.

Thayer is the founder of Cornerstone for Life Pregnancy Resource Center which is dedicated to saving babies and speaking truth to the abortion industry. She is also a lead strategist for Iowa Right to Life.

“Sue brings a unique background and perspective on how the Church can respond to the abortion industry and the culture of death that has taken root in our state and nation. She has a passion for children born and unborn and has been an invaluable resource to the pro-life community in Iowa and beyond. I’m thrilled that she is joining this year’s speaking line up at the Caffeinated Thoughts Briefing,”  Shane Vander Hart, founder and editor of Caffeinated Thoughts and co-host of Caffeinated Thoughts Radio, said.

Over the course of her employment at Planned Parenthood, Thayer said she began noticing a number of troubling things, one being the abortion chain’s push for more abortions by demanding its facilities meet monthly abortion quotas. Near the end of her employment, Thayer said the abortion chain mandated that her rural Iowa facility offer webcam abortions, a dangerous procedure where an abortion doctor prescribes abortion pills to a woman over a web-camera without seeing or examining her in person.

Thayer told Planned Parenthood that she would not participate in the new abortion method, and for that she was fired, Iowa Right to Life explained.

In 2011, Thayer filed a lawsuit against the abortion giant’s Iowa affiliate accusing it of submitting “repeated false, fraudulent, and/or ineligible claims for reimbursements” to Medicaid and failing to meet acceptable standards of medical practice. Alliance Defending Freedom is representing her in the on-going lawsuit.

Hundreds of abortion clinic workers have left their jobs in the past few years, many because of the outreach of another former Planned Parenthood director, Abby Johnson. Now a strong voice in the pro-life movement, Johnson and her organization And Then There Were None have helped hundreds of abortion clinic workers, including abortion practitioners, leave their jobs in the abortion industry.

Johnson, Thayer and many others like them are making a huge impact on the abortion industry. Abortion facilities are closing at a record pace, and those that remain open are struggling to find new workers.

In a recent interview with PBS, Texas abortionist Bernard Rosenfeld, 74, complained that he has not been able to find a doctor willing to replace him at his 30-year-old abortion practice in Houston. Rosenfeld isn’t the only one. A 2016 Bloomberg analysis found that a number of U.S. abortion facilities closed recently because they either could not find a doctor willing to do abortions or the doctor they had was deemed “unfit to practice.”