There are two types of pauses that can take place after someone finishes talking: 1) a conclusion pause, and 2) a thinking pause. A conclusion pause takes place when the person has concluded his statement and is ready for you to jump in with your thoughts. A thinking pause takes place when the person hasn’t actually concluded; when he intends to continue but needs to stop to think.

The problem is that these types of pauses strongly resemble each other. When someone needs a five to ten second pause in between sentences, he doesn’t usually tell you, “Hang on, give me a second to formulate my thought.” You can’t count on everyone to be that articulate of a communicator. 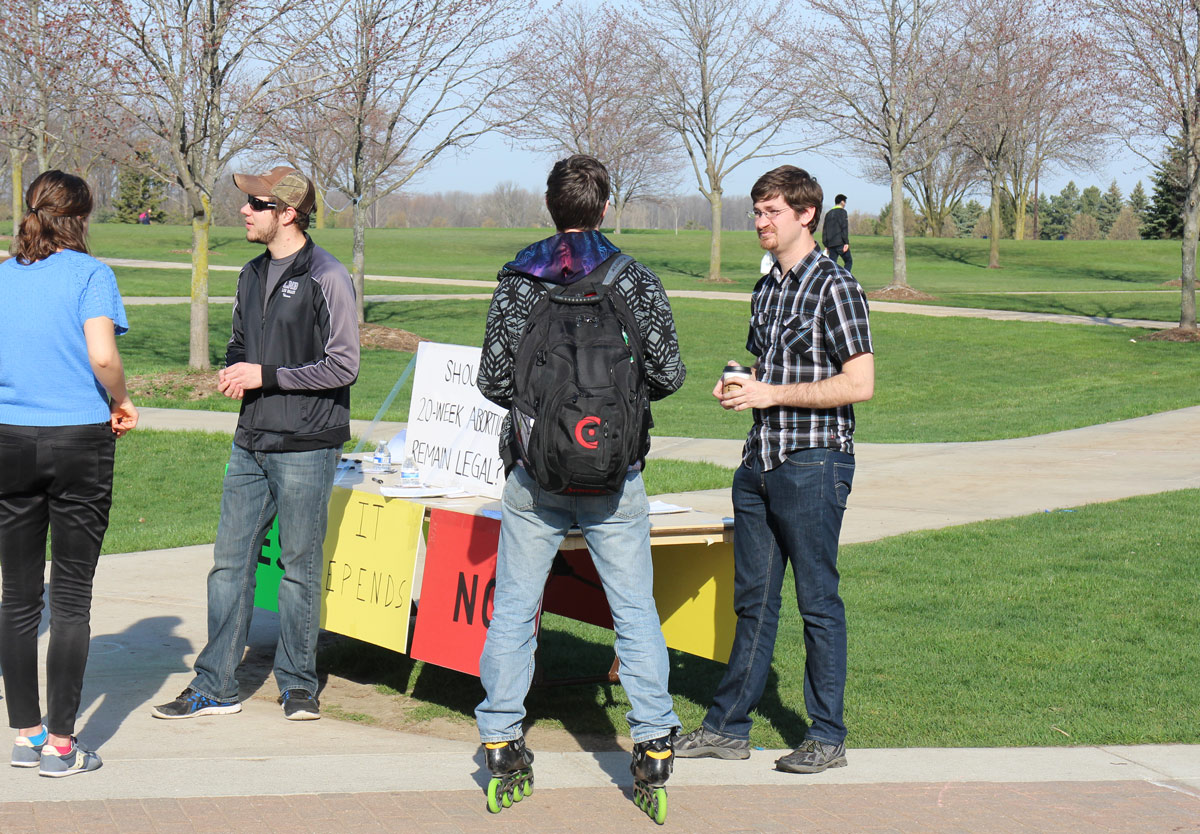 Thinking pauses are especially prominent when people are externally processing, when they are trying to work out their thoughts by speaking them aloud. Sometimes people need a surprising amount of conversational space in order to externally process. Other people are internal processors, but they process slowly and need some time before they can complete what they’re trying to say.

I’ve noticed that people who tend to process quickly and/or internally are especially prone to being too impatient to allow for a thinking pause. I’m describing myself here so I have had to really work on this, and even so I mess up and get impatient sometimes. It sure feels like they should just say what they need to say and get on it with it!

Some people process slowly, and that’s okay. Others need to process their thoughts out loud in order to fully grasp them, and that’s okay too. The problem isn’t really with them, it’s with me. I need to develop the virtue of conversational patience. [Tweet that!]

I have had many, many conversations where I have listened to someone trying to externally process an idea. When the other person finishes a sentence and there is a few seconds of silence, it is really, really difficult for me to bite my tongue, especially if I already have a lot to say in response. But on almost every occasion that I have waited to find out if it was just a thinking pause and, in fact, it was, the conversation significantly improved over what would have been if I had jumped in prematurely. Oftentimes what comes next is a critical part of his processing but he needed just a little more time to put the pieces together.

I know this might sound like something that’s not a big deal but trust me, it’s a really big deal. Think of it like a decision that determines which of two possible worlds you live in:

The first world is one where the slow processor didn’t get to finish processing the first thing you said because you jumped in with something else. Your argument doesn’t quite take root in his mind because he didn’t have the time he needed to process it. You may have to spend more valuable time on that topic in the rest of the conversation and that lost time could have otherwise been spent on something important. It also means it’ll be easier for him to just decide to move on and forget about your argument later, which, honestly, most people want to do.

You’re always fighting an uphill battle when you try to change people’s minds because people don’t want to change their minds about important things. He also may subconsciously feel like you’re a bit too eager, that if he had just had a bit more time he could have said something important. Instead he continues the conversation with that oh-so-frustrating feeling you get when you feel like you’re forgetting something. This makes him feel distracted and slightly on edge. He wants to put the pieces together and he knows he’s close. He is less likely to listen to the next thing you say because he’s trying to figure out the first thing.

The second world is one where he finished processing what you said after a long pause. Something clicked in his mind. The idea started to make sense to him and now he won’t forget it. He’s mentally ready to move on to the next topic and he’s even more interested in what you have to say because the last thing you said was interesting enough to affect his views. He’s also energized by the positive feeling of having figured something out. He may have noticed how patient you were with him a minute ago, which might make him feel more comfortable and less defensive. He thinks, “Wow, this pro-life guy is a really good listener.” He may not be able to identify why, but he feels genuinely listened to and understood. The conversational rapport significantly improves.

Admittedly, this is a somewhat extreme contrast between possible worlds. There are certainly cases where it’s a milder difference. Maybe they’ll even make the important connection later in the conversation and you two will overcome the conversational damage from your moment of impatience. But sometimes a very small thing grows into a larger thing. Conversations about abortion are incredibly fragile things because people’s feelings about abortion are incredibly sensitive, even more so than they realize. Every little thing we can do to make the atmosphere more productive and help them to process important ideas well is worth doing. This is why we at ERI take practical dialogue tips so seriously.

Human beings have a hard-wired impulse to fill empty conversational space with words. Pro-life human beings often additionally feel a need to rush our conversations and pack as much content into them as we can. Lives are at stake after all! I know it’s hard, it’s hard for me too, but please try to resist that impulse. Get comfortable with allowing silence so you and/or the person you’re talking to can process. You will absolutely be more likely to see minds changed and lives saved if you do.

If I need to silently process before I can give a helpful reply, then that fifteen, thirty, or even a hundred seconds of processing time cannot be better spent on anything else. If the person I’m talking to needs a minute to process my argument and I interrupt the silence to say something else, more often than not I’m diluting the argument I just made! Nothing I could say during that silence can be more important than him processing what I’ve already said (unless I misspoke or something and I actually need to make a clarification).

If your goal in the conversation is to achieve that delicious feeling of winning a debate, don’t give him time to process. Heck, don’t even let him finish a sentence! Overwhelm him with the truth of the pro-life position and if he’s too slow to think of a response, all the better for you as you crush him into oblivion!

But if your goal is to love the person in front of you by seeking his best interest, as it should be, and your default strategy for how to do that at a pro-life outreach is to try to change his mind about abortion, as it should be, then be patient. The time when a pro-choice person is silently processing his own view or an argument you’ve made is some of the most valuable, important time in the entire conversation.

The post Learning to Allow Space for the ‘Thinking Pause’ originally appeared at the Equal Rights Institute blog. Click here to learn more about their pro-life apologetics course, “Equipped for Life: A Fresh Approach to Conversations About Abortion.”