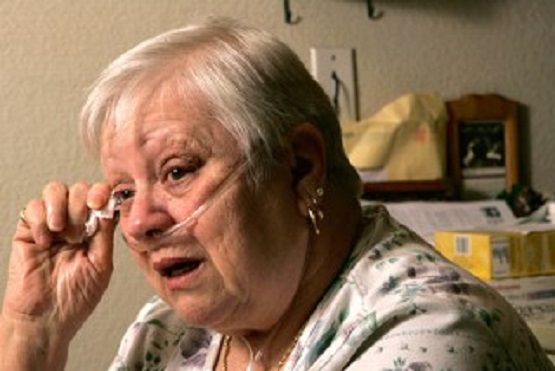 In select states where assisted suicide is legal, physicians and medical practices now are allowed to prescribe lethal drugs to their patients to end their lives, The Daily Signal reported. Although many of these patients have treatable ailments, it is less costly for them to die. Assisted suicide is an alarming trend that many say is pressuring patients to end their own lives prematurely.

Opponents of assisted suicide point out how it is cheaper than many medical treatments for the terminally ill and disabled.

Guy Page of the Vermont Alliance for Ethical Healthcare explained the problem this creates: “It doesn’t take a health care economist to see the shortest distance in finding ways to reduce health care costs is physician-assisted suicide.”

Consequently, the cost of treatment plays a significant role in the promotion of physician-assisted suicide. In Oregon, where doctor-prescribed suicide is legal, there have been several cases of cancer patients being pushed toward assisted suicide because it was cheaper than the medical treatment they needed.

One such case involved Barbra Wagner. She was a lung cancer patient who was presented with the “choice” to end her life.

Wagner said: “I got a letter in the mail that basically said if you want to take the pills, we will help you get that from the doctor and we will stand there and watch you die. But we won’t give you the medication to live.”

LifeNews previously reported a similar case where a Vermont woman was pressured to commit assisted suicide. The 91-year-old woman was in a rehab facility for a broken wrist. Despite her otherwise healthy condition, the rehab staff repeatedly asked the elderly woman if she was in pain or depressed; then they would remind her that she could commit doctor-prescribed suicide under the new law.

Many of the individuals who are being pressured to commit assisted suicide are not incurable. Rather than encourage death by making it more accessible, physicians ought to direct their efforts toward effectively treating their patients and honoring their lives.

The push to legalize assisted suicide and euthanasia is happening across the world. In the UK where it is being debated, Member of British Parliament Robert Flello explained the dangers of legalized euthanasia: “If you look around the world, anywhere assisted suicide has been introduced there is a constant erosion of any safeguards that have been put in place. This a further leap down the slippery path warned about time and time again and it shows that those warnings were true.”

Physician-assisted suicide is a slippery slope. Once it is legalized, the doctor-patient relationship drastically alters, and healing the patient is no longer is made the top priority.