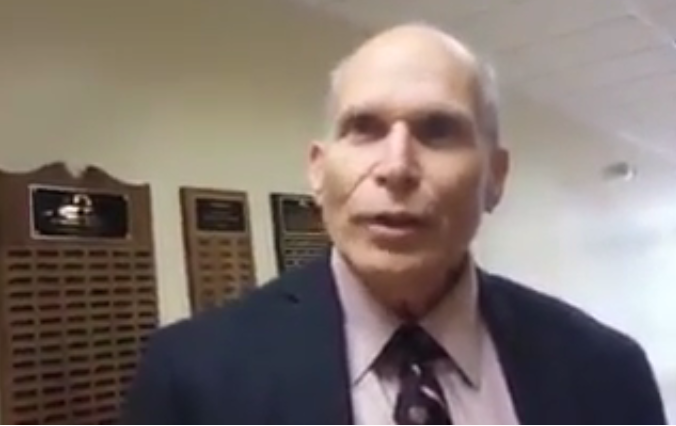 A new video interview has surfaced that confirms allegations made by the U.S. House Select Panel on Infant Lives, that staff from the University of New Mexico used brains of aborted babies for dissection by high school students at a summer camp.

Dr. Paul Roth, chancellor of the University of New Mexico Health Sciences Center and dean of the School of Medicine, was questioned by Marcie May after a UNM meeting where the disposition of human fetal remains was apparently discussed.

“Can I ask you to repeat what you said before about the workshop with UNM fetal remains with high school students?” May is heard asking during the brief video clip released by the New Mexico Alliance for Life (NMAL) on Youtube.com.

“Yes, we had a faculty member who obtained some tissue, and during one of these summer workshops, uh, dissected I think one or two fetal brains,” Dr. Roth replied.

Roth refused to mention the source of the fetal brains or exactly how they were procured.

NMAL noted that one meeting observer described Roth’s demeanor during the meeting as “cold, clinical and dismissive.”

In that letter, Rep. Marsha Blackburn, who chairs the Select Panel, referenced the fact that in May 2012, someone at UNMHSC had “asked clinic for digoxin treated tissue 24-28 weeks for methylation study + because [redacted] wants whole, fixed brains to dissect w/ summer camp students. Clinic est. 27 and 28 weeks.” [Letter Page 10]

This macabre request was recorded in a notebook that cataloged numerous fetal organs that had been procured or were requested by UNM. [Letter Attachment 28, Page 186]

Protest ABQ filed a formal complaint in July 2015, with Attorney General Balderas seeking an investigation into the illegal use of aborted baby remains for research since the baby cannot consent to the donation. That complaint is still pending.

“The video interview with Paul Roth corroborates the allegation made by the Select Panel. There should be immediate criminal charges filed against UNM and Roth, who apparently took no issue with high school kids dissecting aborted baby brains, and whoever requested the brains in the first place,” said Newman. “Everyone at UNM and at Southwestern Women’s Options that were involved with the illegal aborted baby body parts scheme must also be charged. Anything less is gross injustice.”

Please contact NM Attorney General Hector Balderas and demand criminal charges be brought against all at UNM and Southwestern Women’s Options who broke the law.