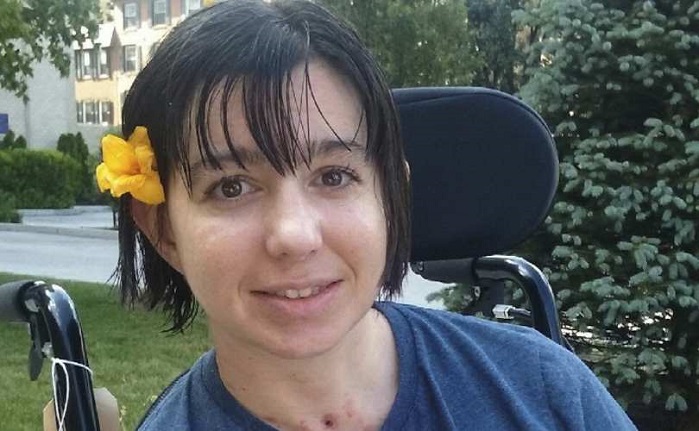 I often wonder the extent the general public is aware of the significant changes that have occurred within the American healthcare system.

When my family established the Terri Schiavo Life & Hope Network in response to my sister Terri’s 2005 death, it was for the purpose of serving the medically vulnerable. We could not have anticipated the calls for help we would receive. But since that time, there has been a marked decline as far as families receiving medical treatment they are seeking for those for whom they are advocating.

I don’t think it would surprise anyone that the cause of this is precipitated by the desire on the part of hospitals, physicians, and insurance companies to decrease costs by keeping patients in the healthcare system for as short a time as possible, even if that means denying lifesaving or sustaining care.

Indeed, I could give dozens of accounts of families who have called us for help that would send chills down your spine, but consider a call we received just last month – the story of Tabetha Long. It’s an amazing story of perseverance and recovery, but also an alarming example of how far we’ve drifted from properly caring for our medically vulnerable.

Tabetha had a cardiac episode this past spring. As a result, she experienced an anoxic brain injury. Her doctors were optimistic with her initial test results. In fact, in the few weeks following her incident, she had varying degrees of responsiveness. Accordingly, she was considered to be a good candidate for rehabilitation when she began to answer questions and track objects.

Incredibly, and what is still difficult to explain, her mother, who was making her medical treatment decisions, decided to admit Tabetha into hospice where, subsequently, she was denied access to food and water.

After Tabetha’s boyfriend began asking questions when he learned that she wasn’t being fed, he contacted the Terri Schiavo Life & Hope Network. We immediately put him in touch with an attorney, who acted quickly. After an emergency court hearing, Tabetha was appointed a guardian-ad-litem (to investigate her best interests), was removed from hospice, and her food and water were resumed after almost two weeks of being starved and dehydrated.

Tabetha is currently at a rehabilitation facility, and doing quite well, but her case is ongoing. Amazingly, Tabetha’s mother, who admitted her to the hospice facility and instructed her caregivers to stop her food and water, is fighting for guardianship.

Tabetha’s story validates a disturbing change that has manifested itself within our healthcare system that we all need to realize–a pernicious “quality of life” mentality is guiding many of the life and death decisions made by healthcare professionals.

Certainly, the Affordable Care Act (ACA) passed into law by Congress and President Obama in 2010, will increase the massive negative ramifications to the quality of individual healthcare, again, in an attempt to control costs, but there are many elements involved with what is happening in today’s healthcare, exposing our medically vulnerable to premature deaths.

These things don’t happen overnight and this has been many years in the making, but our laws, policies, and societal attitudes have all become part of a doctor’s arsenal.

Just some of what’s changed. As already mentioned, quality of life determinations; food and water via feeding tubes being reclassified as “medical treatment”; hurriedly made “brain death” diagnosis to get at a patient’s organs; and the often used “medically futile” or “medically ineffective” determination, which always results in a death sentence for the patient, are just a few of what’s empowered physicians, and the hospitals they work for, to be the patient’s final decision maker.

What these “quality of life” determinations often mean, in practice? If your quality of life is considered too below the standards of some cultural ideal, or some physician’s opinion of what he considers “a good life,” the healthcare system diagnoses you as better off dead, administering the proper “medicines” in order to realize that diagnosis and “heal” the patient by means of an early death. This is how perverse our sense of “healthcare” has become.

Historically, medically futile decisions meant that the physician did not believe it was likely that treatment of the medical condition would substantially benefit the patient. Today, however, medically futile decisions are made not that such treatments would not work, but rather that physicians believe that the burden (i.e. cost) exceeds the benefits. Physicians’ futility determinations are not based in definitive science, but on their own understanding of the term, which seems to be tied to cost containment objectives.

Nevertheless, if the family wanted to dispute one of these denial of treatment decisions that is made by a physician/hospital, typically this disagreement would proceed to the hospital’s ethical committee, authorized to be the mediator in such disputes. Unfortunately, the ethics committees are serving the best interest of the hospital, and in all of the situations the Terri Schiavo Life & Hope Network has experienced where ethics committees were involved, the patient almost always loses.

We need to look at the unimaginable that happened to Tabetha and the lesson of her case. What’s the lesson? It’s that we need heroic advocates in our lives. We need heroic family members, friends, or medical personnel who care about us, and are willing to commit to be on our side if the worst were to happen.

As important as things like “living wills” or Advance Directives can be, they are just as often lost or forgotten sometimes years later when a medical crisis strikes, and life-or-death decisions have to be made in minutes or seconds. Even if Tabetha had created a living will prior to her medical emergency, there’s no guarantee that the physicians and medical staff who ultimately treated her would be aware of it. It was thanks to the heroic efforts of Tabetha’s boyfriend that she is still alive and has the chance for a meaningful recovery.

No piece of paper can substitute for the tenacity of a committed advocate and friend. If you haven’t spoken to someone close to you about being there for you in a time of crisis, consider having that conversation today.