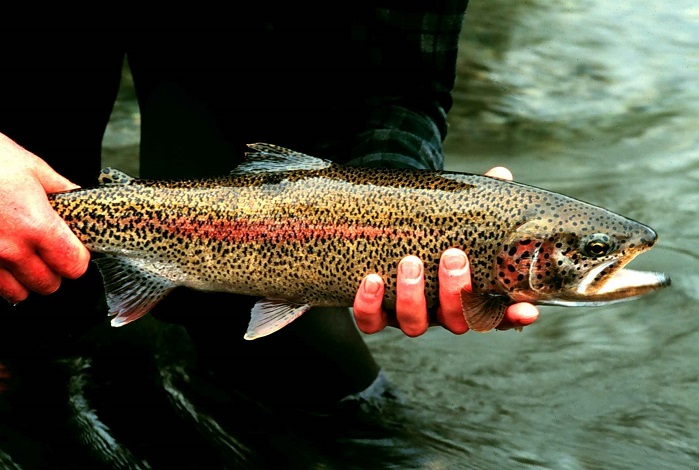 When the usual suspects advocate destroying a trillion dollar industry, it is one thing. But when an outdoors magazine sympathizes, attention must be paid. From, “Fish Have Feelings: Does That Mean We Are Torturing Them?,” published in Outside magazine:

If fish feel pain, then many of us may have to rethink our life choices. We catch and eat nearly a thousand times more fish than terrestrial animals, and fishing practices in much of the world are barbaric. Conventional fishing kills millions of fish unnecessarily and most certainly subjects the animals to pain. “It really can’t be considered humane,” says Mary Finelli of Fish Feel.

Why do some folks abstain from eating land animals but shovel down pounds of cod? Finelli’s not sure. The Humane Society Institute’s Balcombe is equally puzzled by pescatarians who forgo livestock for moral reasons. “There isn’t any justification for eating a fish instead of chicken,” he says.

Like hunters are prime targets of animal rights activists, sports fishermen are now in the target zone

When it comes to sportfishing, researchers who study fish pain are less understanding. “You’re talking about piercing an animal through the face,” says Balcombe. “Sometimes through the eye. Probably a sensitive part of the body—they need those organs to sense things and find food. Then you reel it in by its weight, and it gets hauled out by its weight if you don’t have a net, then there’s asphyxiation if it’s not put back into the water.”

“It’s not necessarily intentionally cruel, but from the fish’s perspective, it involves pain,” he says. Brown, the Australian researcher, agrees. “I think most people would be horrified of a picture of someone standing triumphantly on top of an elephant. But fishing is no different. You see trophy pictures of fish all the time. It’s just not treated the same way.”

Remember, this is an outdoors magazine. And note, the story does not present a strong “pro-fishing” perspective.

The irony here is rich. Sharks could care less about the pain of the flounder, the seal, or the bitten human swimmer, for that matter.

Yet, animal rights activists deny human exceptionalism. Then they turn around and promote the idea that only we are not allowed to cause suffering in the way to fauna, no matter how much that might harm human thriving.

The issue of our moral obligations toward animal as unique and exceptional humans is important. But increasingly in the popular media, the arguments against eating meat, hunting, fishing, and all animal husbandry are all going in one direction.