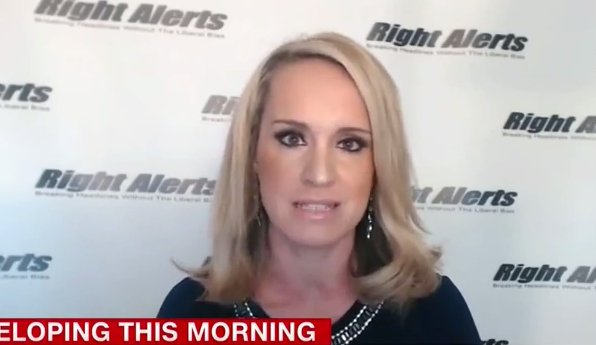 With mounting pressure on the United States to abort babies whose mothers are afflicted with the Zika virus, a spokeswoman for republican presidential candidate Donald trump says disabled unborn children should not be killed in abortions.

The Zika virus has the potential to cause disabilities in unborn babies but the Trump spokeswoman says disabilities are “nothing new” and not a valid reason to take the life of a baby  before birth. Her views echo those of prolife Florida Senator Marco Rubio, who says babies should not be aborted if their mother has the Zika virus.

Hughes agreed that microcephaly was a “devastating disease,” but added that children with birth defects were “nothing new.”

“We don’t have the research, we don’t know what Zika is going to do,” she opined. “And Sen. Rubio is doing the correct thing. One out of every 33 babies in the United States right now is born with a birth defect.”

“We’re going to sit there and terminate a life because you’re possibly going to be born with [microcephaly]?” Hughes asked. “I think that’s actually very hypocritical of the Democrat [SIC] Party.”

“Abortion is definitely not the answer for a way to sit there and cure this disease.”

A growing international health scare, the virus has been linked to birth defects in newborns, one being microcephaly, a brain disorder that is not typically fatal but can cause health problems throughout the child’s life. Abortion advocates have been using the link as an excuse to push for more abortions on babies with disabilities. Some pro-abortion groups even have been scaring women into aborting their unborn babies without knowing if they have Zika or if their unborn baby has a disability.

A young Brazilian who was born with microcephaly is now a journalist and a musician. She has been speaking up about the value and abilities of people with the condition and urging families not to abort because of Zika.

The risk of microcephaly from Zika appears to be higher if the unborn baby is in the first trimester. Currently, researchers estimate that between 1 percent and 15 percent of pregnant women with Zika in the first trimester will have babies with birth defects, according to the Associated Press.

Abortions are being pushed on women who contract the virus, despite the low risk of birth defects and problems with diagnosing Zika and microcephaly. Health authorities say people who are infected with Zika do not necessarily show symptoms of the virus; and when they do, their symptoms can look like other illnesses. Similarly, conditions like microcephaly often are not diagnosed until unborn babies are at least 20 weeks along in the womb.

Families who have experiences with microcephaly are speaking up against the eugenic push to abort unborn babies with birth defects. The fact that abortion activists are targeting people with disabilities like microcephaly for abortion also is concerning to many disability rights advocates, even some who identify as pro-choice.