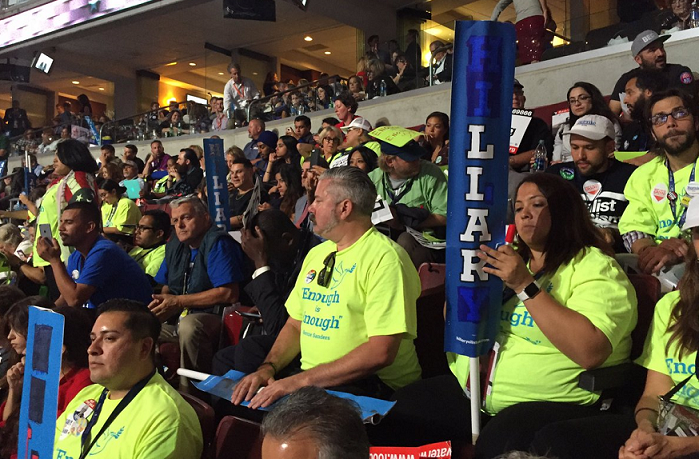 The Democratic Party is still far from unified after a long and drawn-out primary season. Plenty of Bernie Sanders supporters are not about to jump on the Hillary Clinton train, and these California delegates figured out a way to show their displeasure at their party’s choice of nominee. They covered up part of the “HILLARY” sign to change it to “LIAR.”

Meanwhile in the California delegation, “Hillary” signs being changed to “Liar.” #DNCinPHL pic.twitter.com/MtIepm68CK

Props to them to sticking to their guns and sticking it to the DNC.